Foire de Lyon, or The International Fair of Lyon, is an annual 11-day festival hosted by the city of Lyon, France. It’s a massive celebration of discovery, history, culture, entertainment…and SPRING. As the theme of this year’s fair is “NEW YORK, NEW YORK,” festival organizers saw fit to ask none other than New York-artist Charles Fazzino to create their official artwork for 2013. 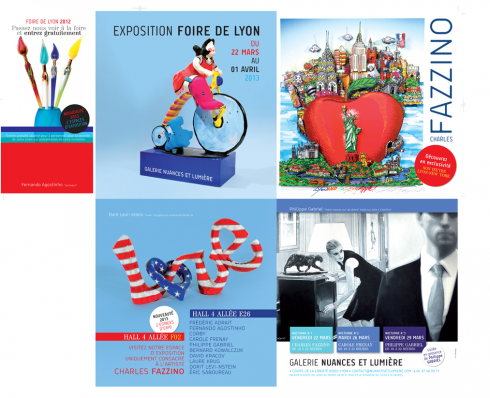 The artwork was recently unveiled on the festival website and adorns banners and posters announcing the coming festivities throughout the city. Charles Fazzino will also be on hand for the opening ceremonies on March 22nd in Lyon and his artwork will be proudly exhibited by Galerie Nuances Et Lumiere.

You can meet Charles at the Fair on opening day on March 22nd. He will be there to sign his official art prints for the festival and his entire collection.