Comic book art is nothing new. In fact, the roots of comic book art and it’s storytelling style can be dated back to the drawings and paintings on cave walls as old as 17,300 years. This artistic form evolved through different civilizations over time and eventually morphed into the comics you’re familiar with today during the 20th century. However, comic books didn’t become a mass medium until modern printing techniques were invented. After that, comic books could finally be enjoyed by a wider audience and just like that, comic book culture was born. 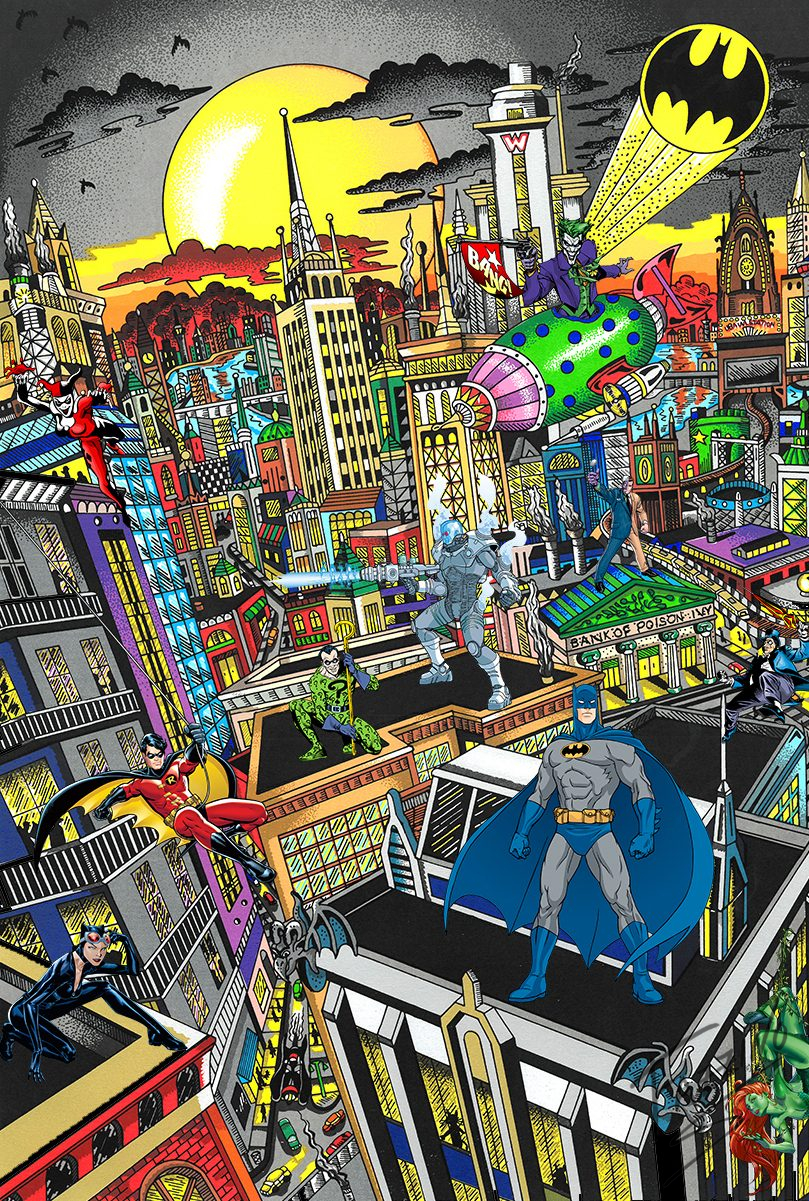 It wasn’t until the 1920s and 1930s that the superhero storyline became the main topic of comic books. The superhero comic book boom happened in 1938 with the launch of Action Comics #1  which featured Superman on the cover, a historic moment in comics history. Throughout the next few decades, comics were still mainly targeted at young boys but comic book art styles and story themes continued to change. Now comic books cover all sorts of topics that range from the classic superheroes to sci-fi fantasy. There is truly something for everyone!

Of course that evolution of comic book art styles and themes would be nothing without the talented artists that made them what they are today. Some of the most notable in the comic realm are Jack Kirby, Will Eisner, Jackie Ormes, Trina Robbins, Neal Adams and Rumiko Takahashi. 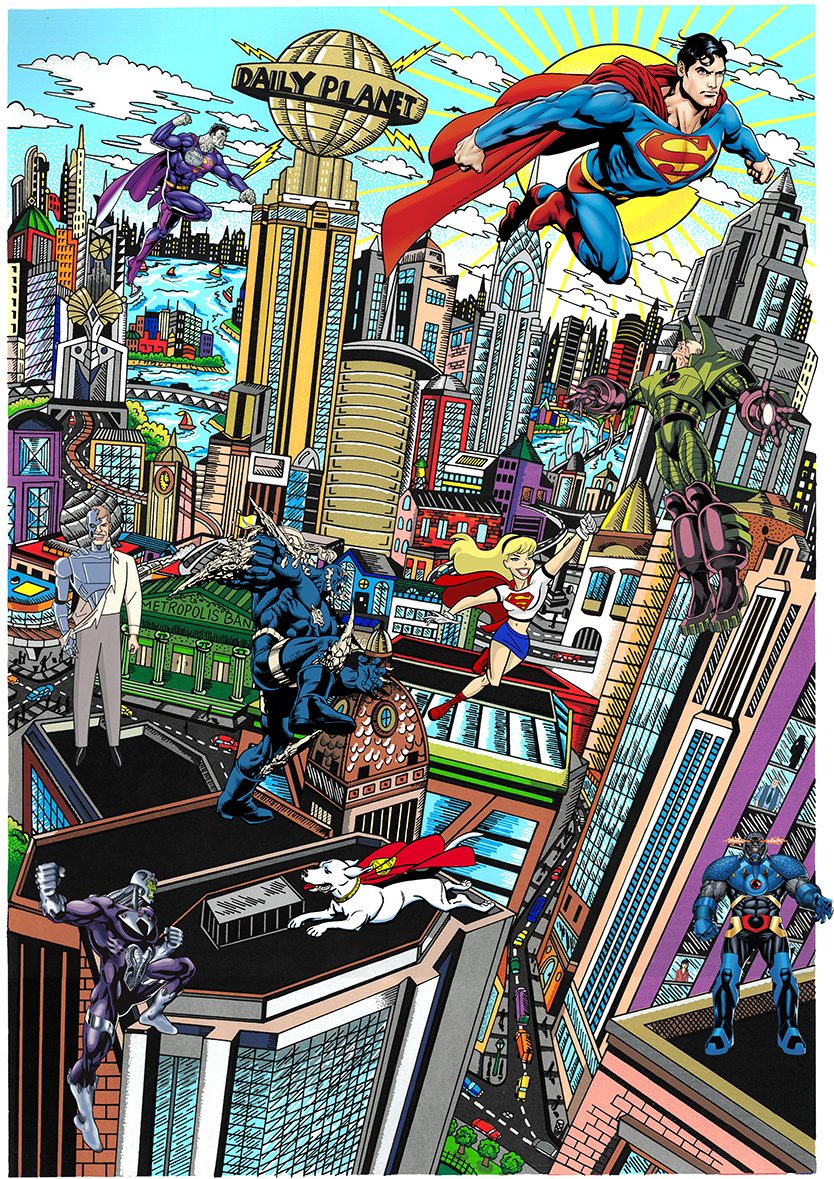 Jack Kirby is often cited as the King of Comics; a suitable title considering his resume of work, creating many classic characters at Marvel and DC like The Avengers, Black Panther, Captain America, The Mighty Thor, The Incredible Hulk and many more. Will Eisner is the creator of amazing comics like The Spirit and his graphic novel, Contract With God. He’s known to be not only a great artist but an absolutely incredible storyteller, the Eisner Awards were created for good reason. Jackie Ormes was the first Black woman to have a nationally syndicated comic strip. Ormes’ characters often appeared speaking out in ways that defied stereotyped images of black women in mainstream media. Trina Robbins paved the way for all women who work on comics as the first woman to draw Wonder Woman. Robbins was also one of the first women to call out misogyny in the industry and has been working throughout her entire career to create more roles for women in comics. Neal Adams’ art style changed the entire comic industry, creating more realistic characters, not the cartoon-y or caricature-like style that comics typically looked like. His realistic style and shading helped develop three-dimensional images which became popular in the late Silver and Early Bronze ages. Lastly, Rumiko Takahashi has been one of the most important people working in manga. Takahashi is one of the longest-working, best-selling comics artist in history, with well over 100 million copies of her various works sold, many of which have been adapted to anime.

Super Hero Golden Age – This is what we think of when we think of vintage comics. The first depictions of Superman, Wonder Woman, and other DC and Marvel Heroes come from this style.

The Silver Age – The post-war period when we started seeing a more complex drawing style with more use of three-dimensionality, detail, and shadows. This style was influenced by the rise of pop art in the 1960s; lots of highly emotional characters and bright, sometimes neon colors, and surrealist imagery.

The Bronze Age – This style included more realistic storytelling, addressing real issues happening at the time. With that, comics became less surreal and more realistic, giving the characters more human traits both visually and through writing.

The Dark Age – A big shift in the 1980’s where the focus was on darker shades, night settings, villains and overall dark themes including psychological horror storylines, like the Joker as the main character in The Killing Joke. This paved the way for many other supervillain-focused comics.

The Rise of Manga – A Japanese style of comic, characterized by its almost exclusively black and white style and distinct use of dimensionality and shadows.

The Present – Beginning after 1993 and up until today, we see a diverse set of comic book art styles that don’t necessarily follow a specific set of inspiration. 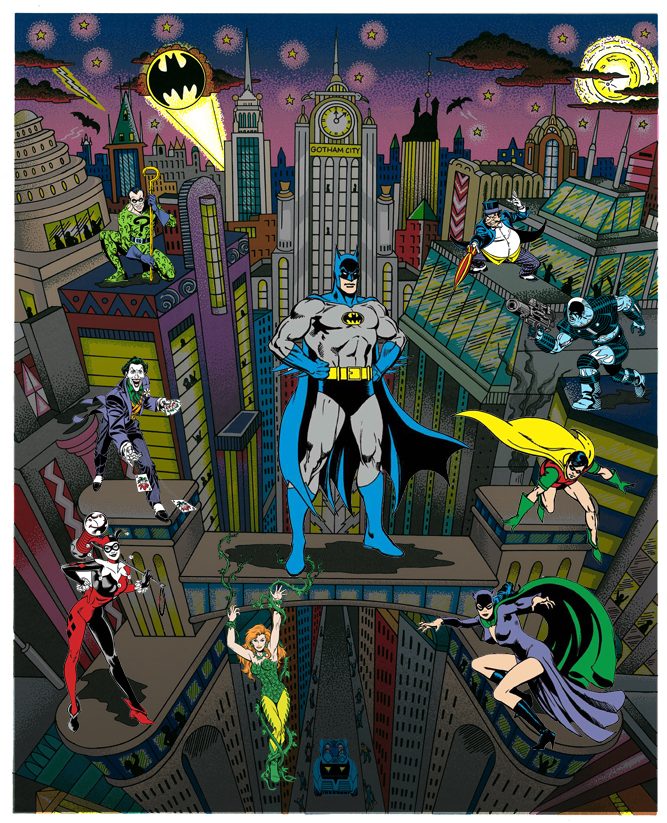 Fazzino got started in comic book art back in 2009, creating a piece titled, Batman: The Dark Knight and later creating pieces titled, Batman Rules the Night, Superman Saves the Day and many more. In true Fazzino fashion, the pieces are detailed, colorful and the three-dimensional Fazzino style brings them all to life in a unique and compelling way.

“Something magical happens when I combine comic book heroes into my artwork. Comic book characters are colorful and vibrant and bursting with stories about good versus evil. And they all take place in bustling metropolis-type cities. My work is meant to capture popular culture and what better way than to take some of our most beloved heroes and work them into my world and my compositions, giving them a new spin and a new universe in which to live.” – Charles Fazzino 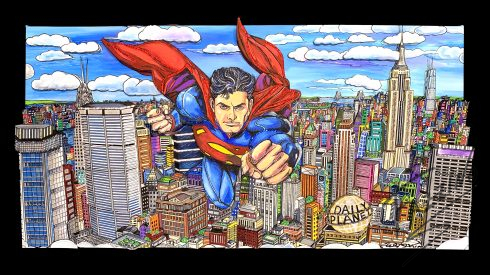 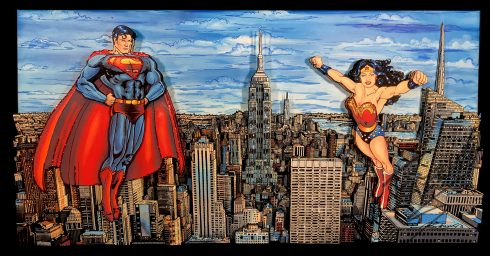 Superman and Wonder Woman Over the City 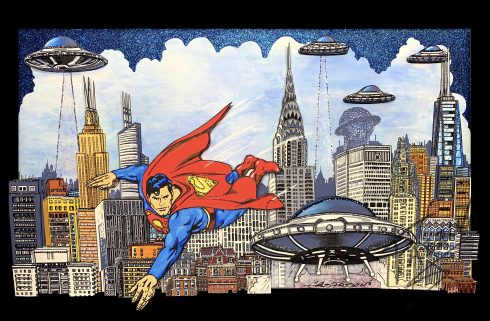 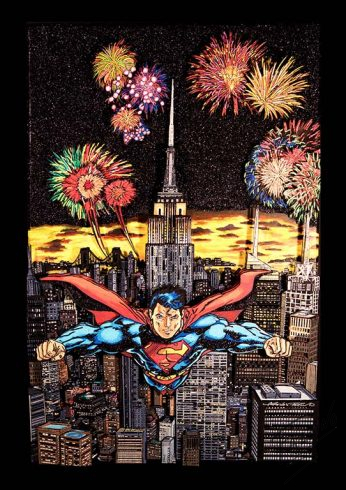 Superman Soars Over the City 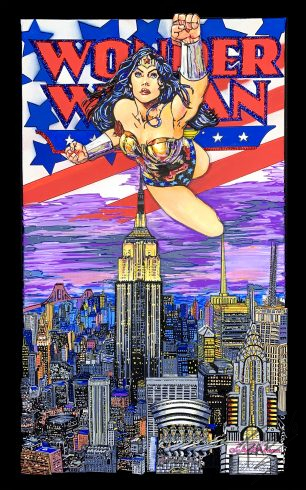 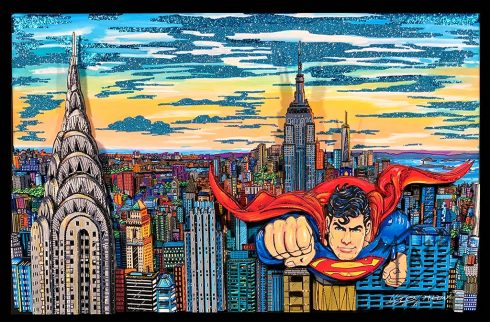 Superman Flies Over the City 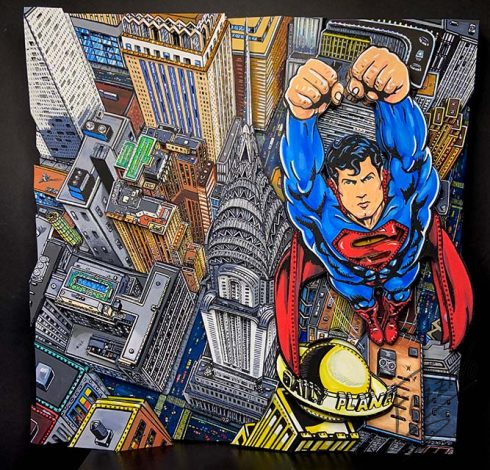 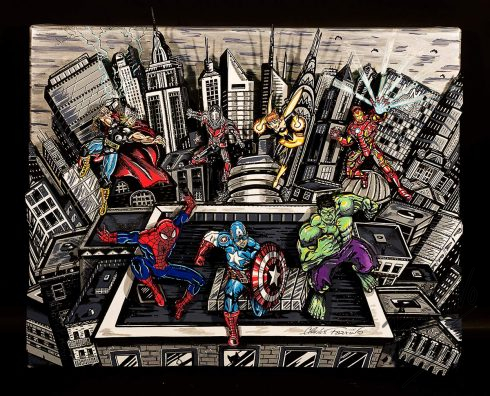 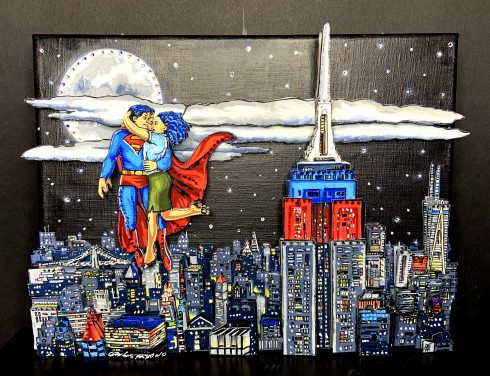 Love Is In The Clouds with Superman 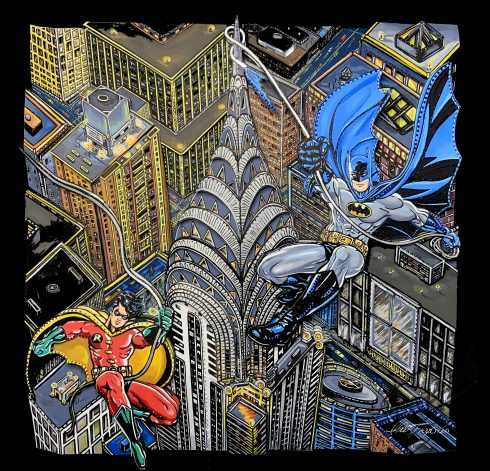 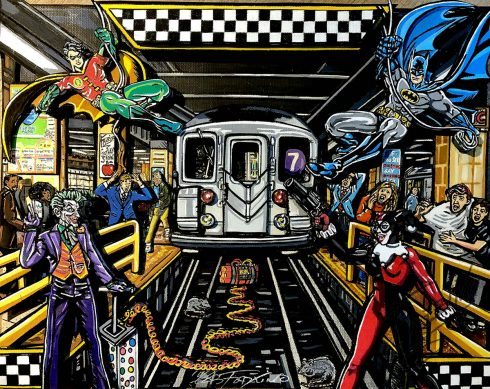 Joker at it Again 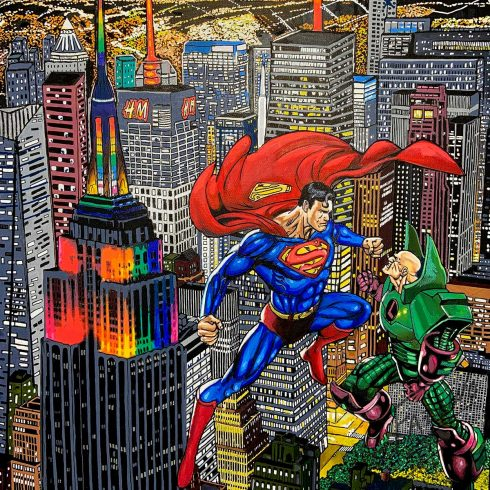 Where to Find Comic Book Art for Sale

Discover more of Fazzino’s work by checking out his new releases here. Subscribe to our newsletter to stay abreast of new releases for comic book art from Fazzino.