Chairmen Of The Art Board: Presidential Pop Art

Yesterday was President’s Day, the annual holiday during which we celebrate the most powerful person on the planet – The President of the United States of America. Originally, the holiday in the 1800’s was meant to celebrate the birth of our first President, George Washington. It’s gone through several iterations and today, it embodies the patriotic spirit and all the pomp and circumstance surrounding the Commander in Chief.

Throughout history, US Presidents have provided some of the most compelling subjects for painters, photographers, and sculptors. Every President sits for an official portrait that eventually becomes installed in The Smithsonian’s National Portrait Gallery. Salvador Dali put his very unique spin on President Abraham Lincoln. Pop Artist Steve Kaufman paid tribute to President Clinton, and contemporary artist Andy Thomas has painted a series of signature political images, several of which are light-hearted, imaginary assemblages that put Presidents from different times in the same painting.

Charles Fazzino has painted the US Presidents only a few times. In 2003, he presented an original painting to President Bill Clinton to benefit the Clinton Foundation in NYC. He has since painted several originals celebrating the US Presidency, none more majestic than “All the Presidents Men” a work completed in 2009. Fazzino has also included Presidential portraits in several of his limited edition pieces including “In a NY Minute,” and “Euros, Dollars, Yen…oh My!”

Happy President’s Day to our leaders…present, past, and future!

All The Presidents’ Men by Charles Fazzino 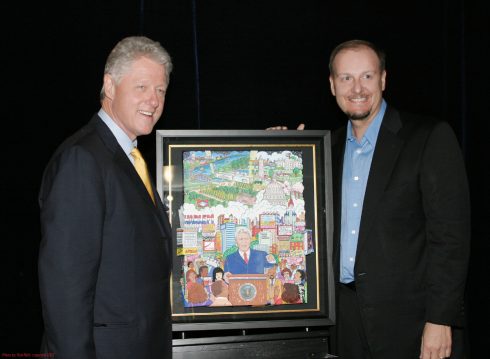 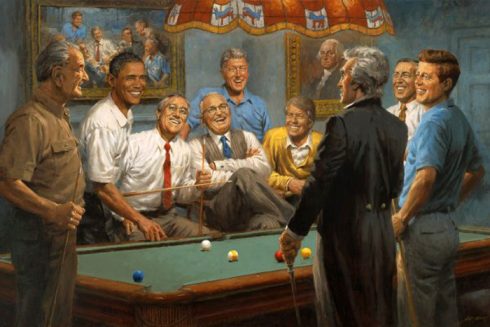 “Callin’ The Red” by Andy Thomas 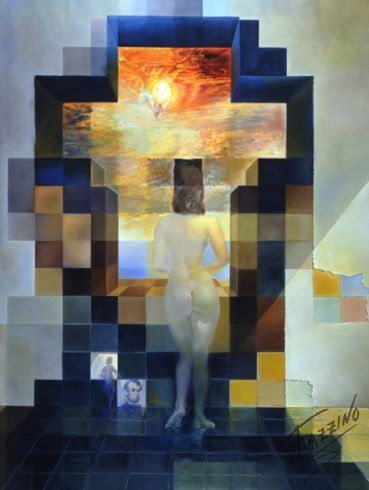 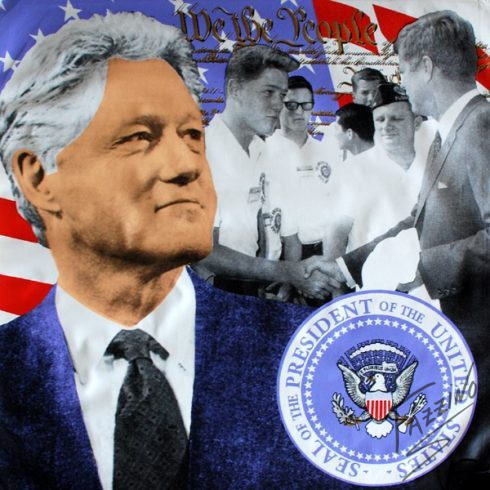