Yesterday, i trekked down the the MLB Fan Cave to meet Mike and Ryan and to begin to assemble the 3D All-Star Game artwork i’m creating down there. The project will run throughout June. We’ll end up with a large 3D print of my 2011 All-Star Game artwork and a 3D matt around it decorated with elements created by the players and celebrities who visit the Fan Cave between now and the end of the month. The final piece will be sold to raise money for MLB’s RBI Charity.

It was fun to show Mike and Ryan how the artwork is made and to see the first of the pop art squares created by some of the celebs. Gaylord Perry, Maury Wills, Trevor Hoffman, and several more star guests have already contributed to the piece. The Disney Channel’s Jason Earles stopped by the Fan Cave while i was there and he helped us out also. My friend Tara Gore from MLB.com also stopped by. A special thanks to her!

I plan to be down there again next week, so stay tuned to mlbfancave.com. Videos of my visit will be posted soon. And remember that we’ll unveil the finished work on July 5th at the Fan Cave at 11am. After that i’ll be doing a free All-Star Game poster signing for the first 200 fans who show up. Hope to see you there! 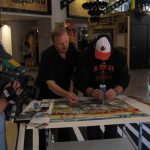 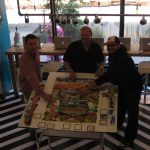 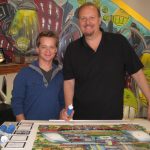 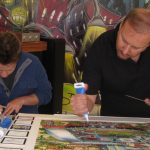 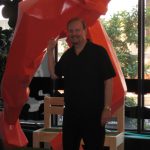 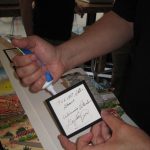 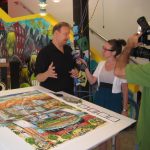 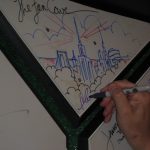 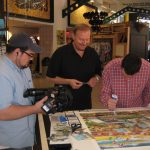 This entry was posted in Charles Fazzino MLB All-Star Game