Last week, we took the Fazzino Arts Education Initiative to the Edgemont School District. Charles Fazzino worked with about 30 fifth and sixth graders to collaborate on a Broadway-themed 3D pop art piece.. The kids were treated to a first hand look at the making of a Fazzino 3D artwork….they cut, glued, glittered, and contributed their own creative works to the composition. The finished artwork is being donated to the Edgemont PTA for auction at the organization’s Spring Fete fundraiser. In addition, Fazzino plans to host the Edgemont Community for an exclusive unveiling of the finished work and tour of his art studios in New Rochelle on March 28th. 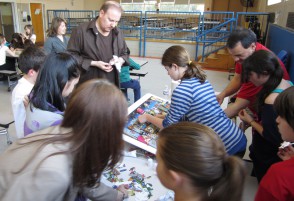 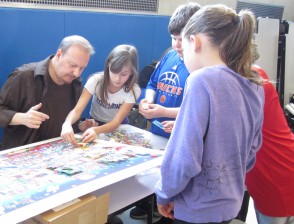 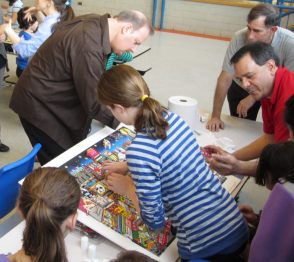 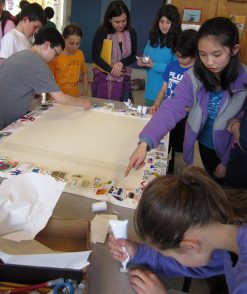 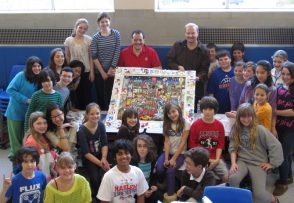 This entry was posted in 3D Artwork