Last week, we has some special visitors at the studio – Port Chester/Rye Brook Girl Scout Troup 2899. The girls arrived with a lot of enthusiasm and energy. They took a tour of the studio given by Sales Director Fran Kessler  and then worked with Charles Fazzino’s art director, Jaime Cancel, to learn how to actually glue and construct a Fazzino 3D pop artwork.

At the end of the tour, they were asked to vote on which artwork they liked the most out of all that they had seen. Charles Fazzino’s new original painting of Barbie took first place, followed closely by the Rolling Stones Electric Guitar and the Dog Sculpture in the lobby. They were a bit perplexed, however, asking several times whether the hand-painted television sets were actually microwave ovens. Most of them had never seen TV’s like the ones Charles uses in his sculptures….a subtle reminder to the adults that time keeps on tickin’! 🙂

The girls were a wonderful group and we were happy to host them. There are definitely a few budding artist there and we hope we did a little something to encourage all of them to pursue their interests in the arts.

Thanks for visiting, girls! 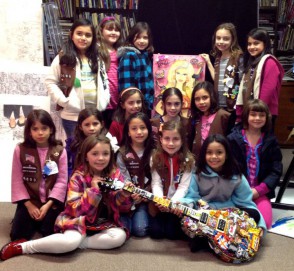 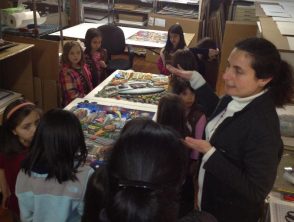 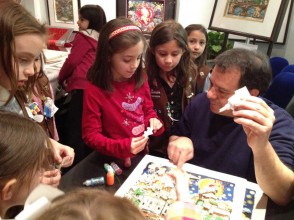