On Monday evening, Charles Fazzino was honored to be a guest of the NY Yankees at their annual homecoming dinner and fundraiser for the NY Yankee Foundation. Together with the Yankees, Fazzino had the pleasure of presenting former Yankee and “Pride of the Yankees” Award Winner Hideki Matsui with an original artwork celebrating his storied career with the Bronx Bombers. Matsui, a Yankee from 2003 to 2009, made his mark on the franchise, winning a World Series MVP Award and becoming the first Japanese player to slam a home run in the World Series.

“Hideki Matsui is one of the most respected and beloved Yankees of all time,” said Charles Fazzino. “I was thrilled to be able to work with the Yankees to create an artwork to celebrate his accomplishments. The Homecoming Dinner is a fantastic fundraiser for an incredibly generous organization and I was proud to be a part of it.” The event raised more than $1 million to support the programs of the NY Yankee Foundation. 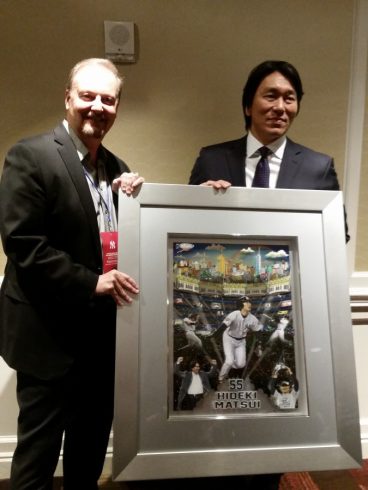 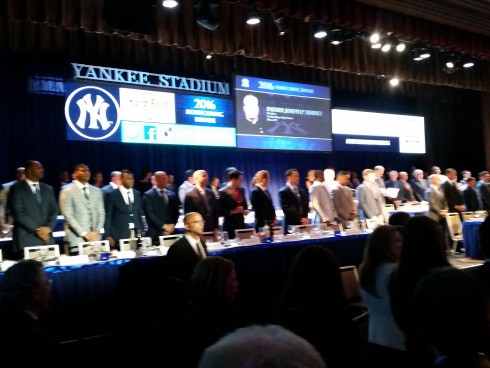 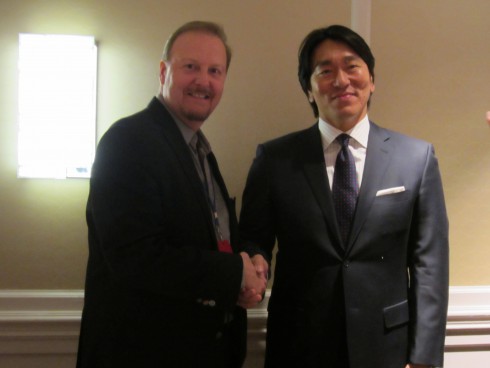