I received an email from my attorney…ok…so he’s not “technically” a collector…but he sure has my work on his walls! 🙂 He’s in Cleveland with his son and took a tour of the Rock and Roll Hall of Fame. They came across the guitar i painted for “Guitarmania,” a public arts project sponsored by the Hall in Cleveland in 2003.

I remember getting the call from the Hall..they asked me to paint a seven-foot tall guitar. I said “huh?” thinking it was a joke…but within a week, i had this huge guitar sculpture in my studio. They said “paint whatever you want…” ….so i had some FUN and created what i called “Fazzinopalooza!” The guitar was shipped from my studio back to Cleveland where it was displayed, along with hundreds of others that were spread all over the city. In the end, the guitars were auctioned to raise funds for some very worthwhile charities – United Way and the Make-A-Wish Foundation. The Rock and Roll Hall of Fame retained my guitar for permanent display and that’s where it sits.

Let me know if you ever see it there. I think from the looks of it, you’ll know how much fun i had painting it! Thanks for sharing the picture Josh! 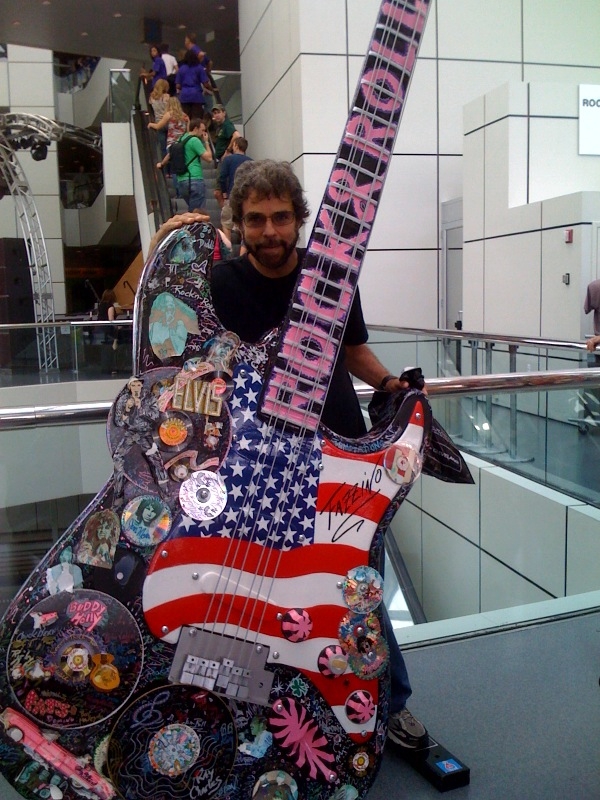 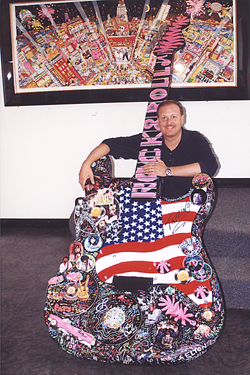 This entry was posted in Charles Fazzino Guitar Art