Charles Fazzino has been selected to create the official artwork for the 50th anniversary of the Seminole Hard Rock Winterfest Boat Parade in Fort Lauderdale, Florida. The Parade, scheduled to take place on Saturday, December 11th has a long tradition as the official kickoff to the holiday season in South Florida. The theme of this year’s event is “50 Years of Hard Rockin’ Fun” and the Fazzino artwork captures that and all of the fun and excitement surrounding the parade.

“I’m honored to have been asked to commemorate the 50th Anniversary of The Winterfest Boat Parade,” said Fazzino. “I have long considered South Florida my second home and out of the three times I have had the opportunity to paint Winterfest, I think that this is my favorite. The image has so much movement and color. I’m very happy with it and hope people will enjoy re-living the event through my work for many years to come.” 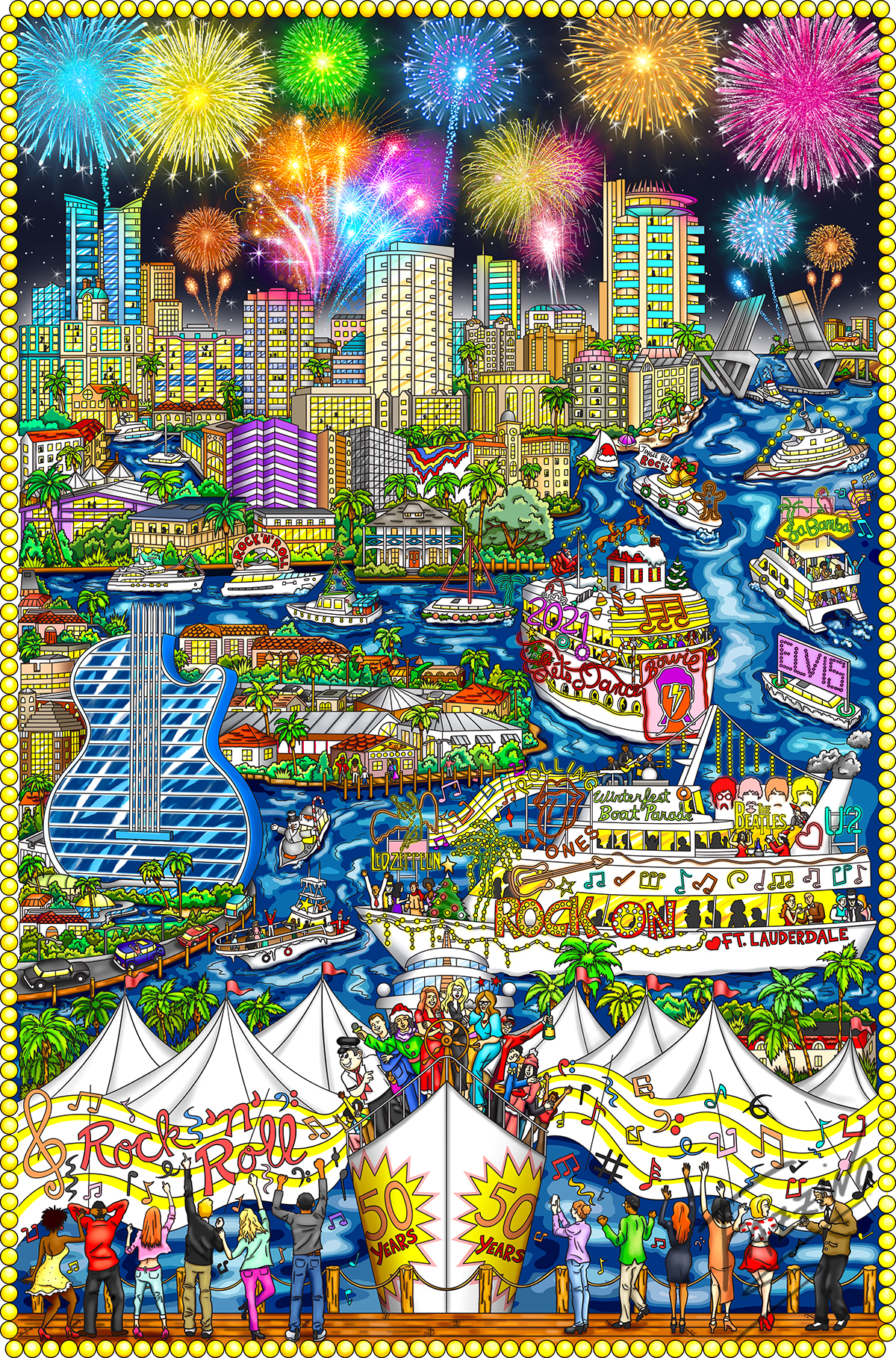 The artwork is being shown for the first time at an exclusive media event on Thursday, November 18th, at the Wentworth Gallery in the Seminole Hard Rock Hotel & Casino in Hollywood, FL. Miami Dolphins defensive end Emmanuel Ogbah will join Charles Fazzino to unveil the official artwork. There will other special guests including Former NY Giant and Two-Time Super Bowl Champion, Mathias Kiwanuka, Winterfest President & CEO, Lisa Scott Founds, and Freedom Waters Director of Development, Amy Chancy. Fazzino is donating a version of the official artwork to be auctioned to benefit the Freedom Waters Foundation whose mission is to enhance the lives of children, individuals with special needs, and veterans by providing therapeutic boat experiences.

The artwork is available in a limited edition through Wentworth Gallery or any other authorized Fazzino art dealer. Charles Fazzino has also created one hand-painted, original rock guitar to commemorate Winterfest’s 50th Anniversary. 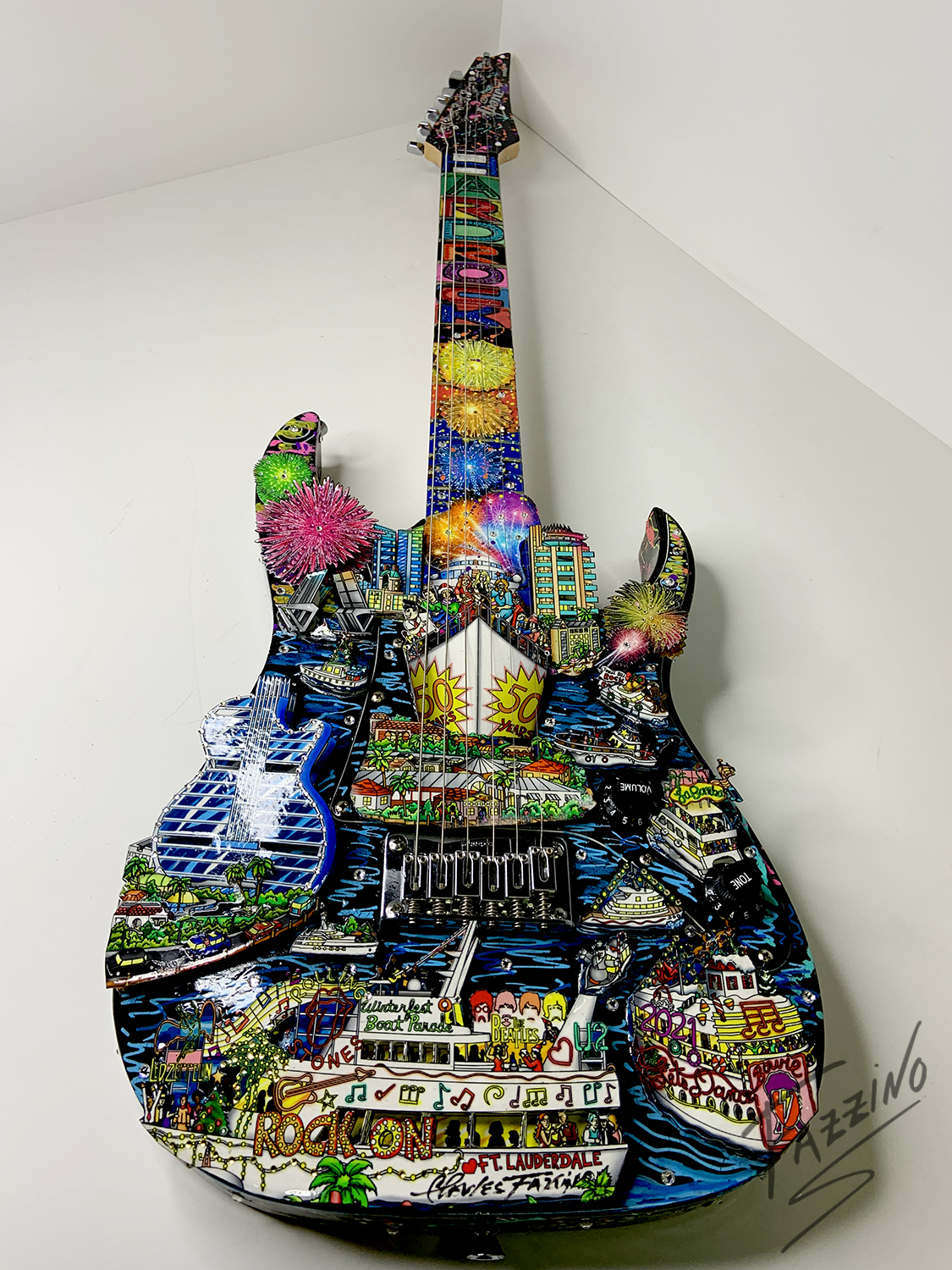 The image adorns the event calendar that is being shown throughout South Florida and adorns the November cover of RiverWalk Magazine. 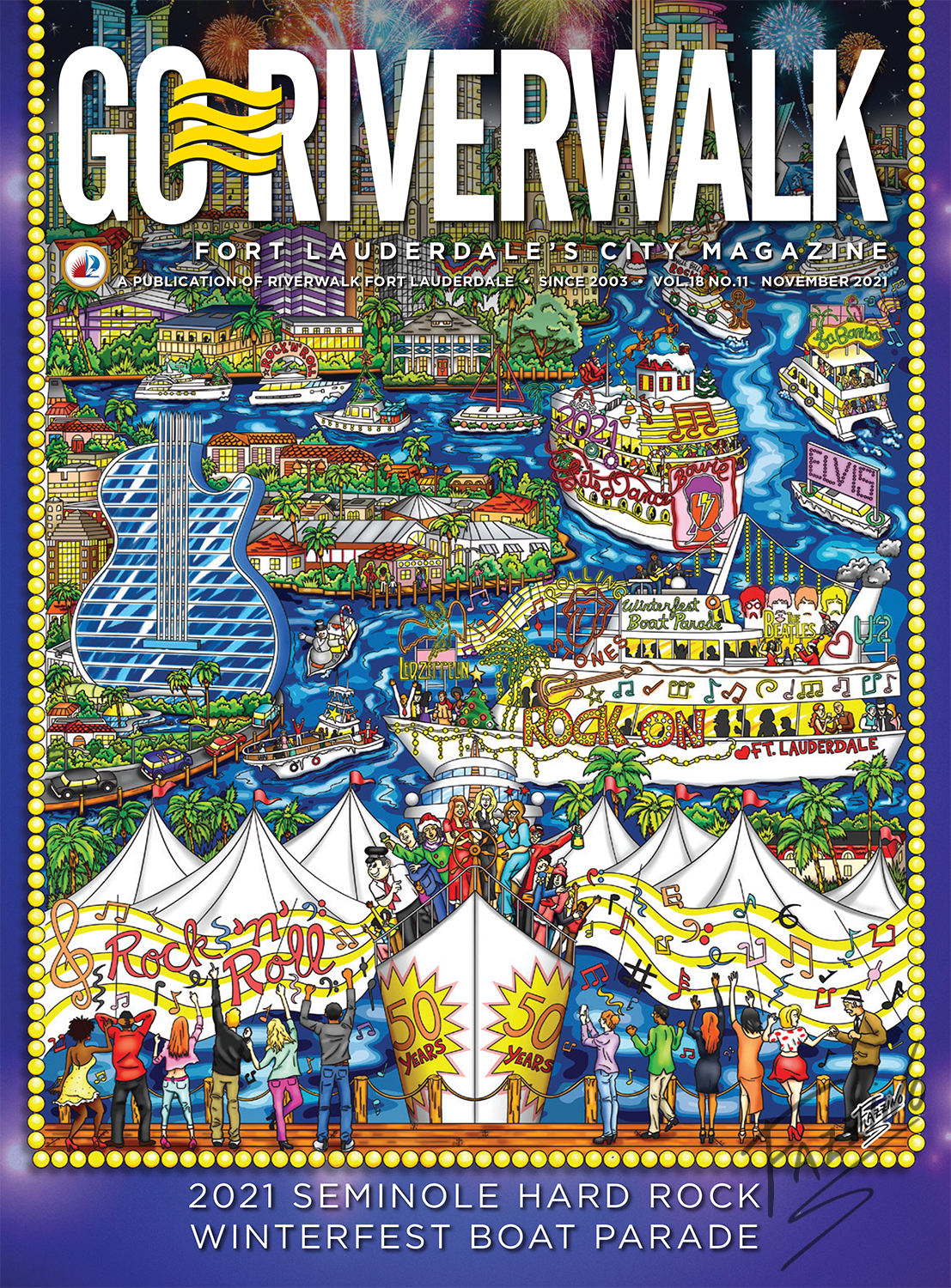 Friday, November 19 from 7 PM -10 PM – Charles Fazzino To Be Present At His Solo Exhibitions at Wentworth Gallery At The Seminole Hard Rock Hotel & Casino In Hollywood.

Curious about commissioned artwork from Fazzino?