Last week, Charles Fazzino made his artistic debut in India, participating in a seven-day exhibition of his work in  The Visual Arts Gallery at the India Habitat Centre in New Delhi, India. The exhibition, featuring both Fazzino’s work and the dazzling 3D metal works of Israeli artist David Gerstein was appropriately titled 1+1 = 3 and curated by Bruno Art Group CEO Motti Abramovitz. In this instance, these two artists put together were certainly more than the sum of their parts. Together they brought together 3 cultures and a host of dignitaries including representatives from the Israeli Embassy, famous architect Dikshu C. Kukreja, and the notable Dr. Alka Pande.

More than 200 people packed the Habitat Centre for the opening reception on October 28th and Israeli Ambassador Daniel Carmon was kind enough to open his home for a VIP reception honoring both artists the next evening. “Making my debut in India was exciting enough,” said Charles Fazzino. “But being able to do it alongside one of my friends and an artist who I so admire in David Gerstein made it even more special. Our art works together so well. The Centre looked amazing and the people were so accepting of our works. It was very flattering and I was honored to be a part of it. A special thanks to Motti and the crew from Bruno Art Group. They made the entire event possible.”

Fazzino’s work will next be exhibited by  Bruno Art Group in India at the annual India Art Fair from January 28th through the 31st, 2016. Contact Bruno Art Group for more information about Fazzino in India. 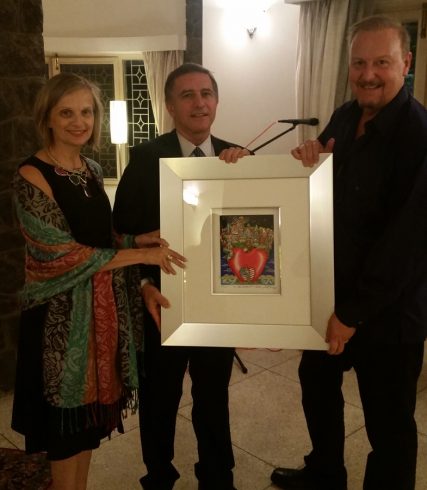 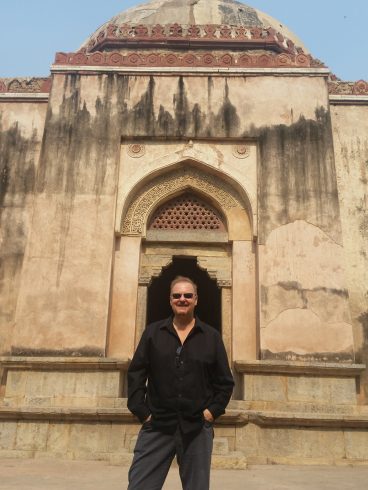 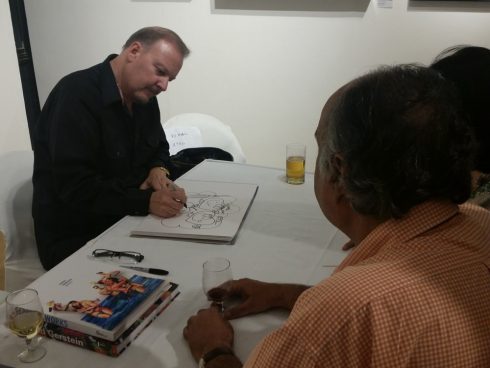 Signing for Collectors in New Delhi 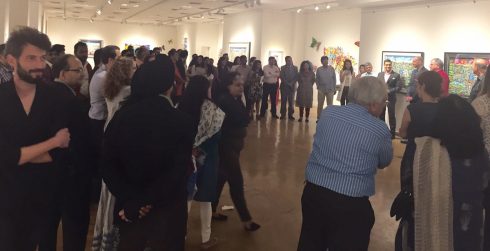 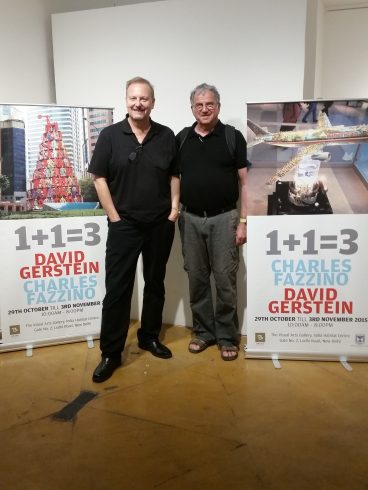 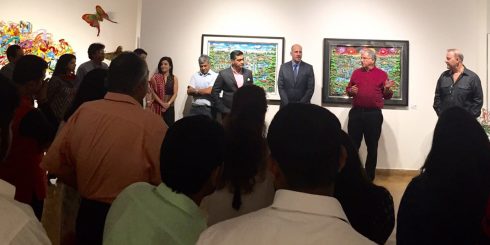 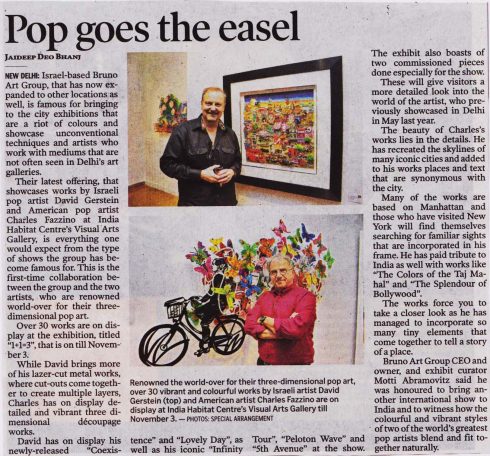