Fazzino Joins the New Rochelle Council on the Arts

Charles Fazzino has recently been elected to the Board of the New Rochelle Council of the Arts. The Council, currently celebrating its 40th anniversary, actively promotes and encourages the arts throughout New Rochelle.  Throughout the year, they sponsor cultural events, artistic happenings, and major events such as the annual New Rochelle Arts Fest during which we open up the Fazzino Art Studios for public tours. Most recently, they started a series of “pop up” encounters throughout the city, meant to engage the public in a spontaneous and surprising way. The first  took place at the end of January with another one scheduled “somewhere” towards the end of this month. So stay tuned and keep your eyes open.

Also going on right now, is the NRCA Gratitude Art Exhibit in the Rotunda Gallery at City Hall. Stop by and take a look if you’re in the area. The exhibition features the works of twelve local artists and is open until March 19th. “I attended the opening reception for Gratitude,” said Charles Fazzino “I was impressed by the level of talent and the creativity. We have such a rich arts culture here in New Rochelle and I applaud the council’s efforts to spread the word and encourage all of us to be inspired by the talent that surrounds us.”

In March, NRCA is sponsoring a Members Exhibit in honor of Thea Eichler, one of the founding members of the Council. The work on display will be exceptional and reminiscent of the organization’s 40-year history. It will be housed in the Winter Lumen Gallery at the New Rochelle Public Library from March 1st to March 30th. 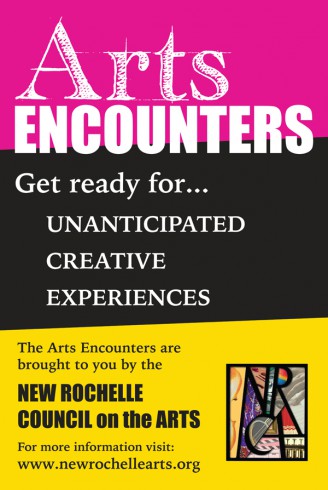