The latest in a long line of Fazzino-designed, NBC-exlusive collectible Olympic Pins has just been released on the NBC Olympic Merchandising website and in the NBC Experience store. This is the first of two pins that Fazzino is designing for the 2012 Games for NBC. The collection began back in 2004 when NBC approached Charles Fazzino about creating an exclusive Olympic collectible. Since then, Fazzino has worked with Aminco USA, the exclusive pin manufacturer for the USOC to create a line of more than half a dozen pins, all of which have been debuted on NBC’s Today Show and sold out through the NBC Experience Store and it’s online partners.

“I’m honored to continue the line of Olympic pins for NBC,” stated Charles Fazzino from his NY Studio. “Being an Olympic artist was a dream of mine since i was a kid. I knew i’d never be an Olympic athlete….but i aspired to be an Olympic artist. The relationship with NBC has been wonderful an I look forward to celebrating the Olympic Games with my artwork for years to come.”

A signing of Olympic pins in teh NBC Experience Store in New York City is being discussed. A final date for teh signing has yet to be determined.

Along with the pin, Fazzino has released both a poster print and a limited edition fine artwork for the London Olympic Games, both of which will also be sold at the NBC Experience Store or at any authorized Fazzino Art Gallery. 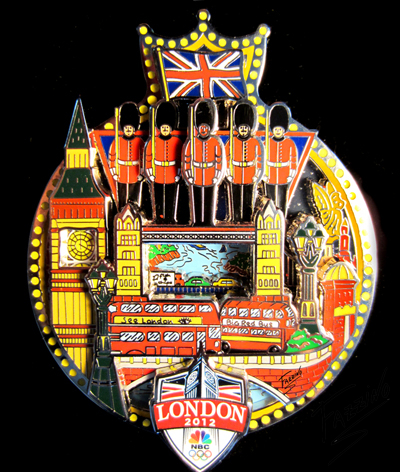 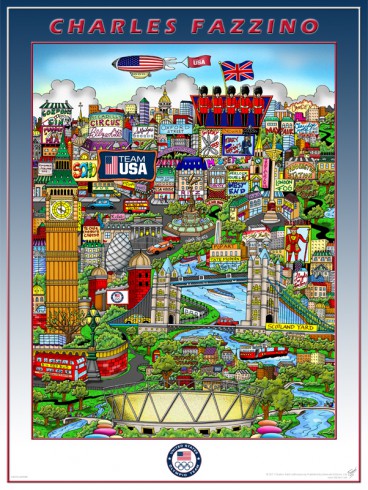