Last week completed week 2 of the creation and assembly of the 3D All-Star Game artwork down at the MLB Fan Cave. We hung out with Mike and Ryan while we worked on the piece. Now the first layer of the artwork is complete and we glued on four more player pieces from  Nelson Cruz of the Texas Rangers, Jack Hannahan and Chris Perez of the Cleveland Indians, and former All-Star Shawn Green.

This week we’ll start on the third layer and the crystal and glitter embellishments. We’ll unveil the finished work on July 5th at the Fan Cave at 11:00 am.

After that i’ll be doing a FREE All-Star Game poster signing for the first 200 fans who show up. 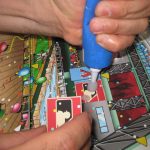 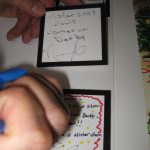 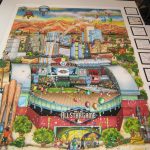