New Release: NYC is the Apple of the World

The best of Charles Fazzino … all in one piece of art…that’s “NYC is the Apple of the World.”

“I love to paint cities … cities from all over the world. But it’s an amazing phenomenon. No matter where I go in the world, a gallery could have 100 different works on their walls, but the pieces that sell the best…what most people want…from Japan to Germany to Switzerland, France…and of course the United States…is New York City. It truly IS the Center of the World and I love to paint it. It’s my home. This piece puts NY in the middle of the world, but also celebrates the vastness and the diversity of the globe. There are so many wonderful and amazing places on earth and I’ve started drawing images that encompass more than one of them at a time….NY may be the center, but it’s the whole world that we have to look at and hopefully this piece conveys that.” 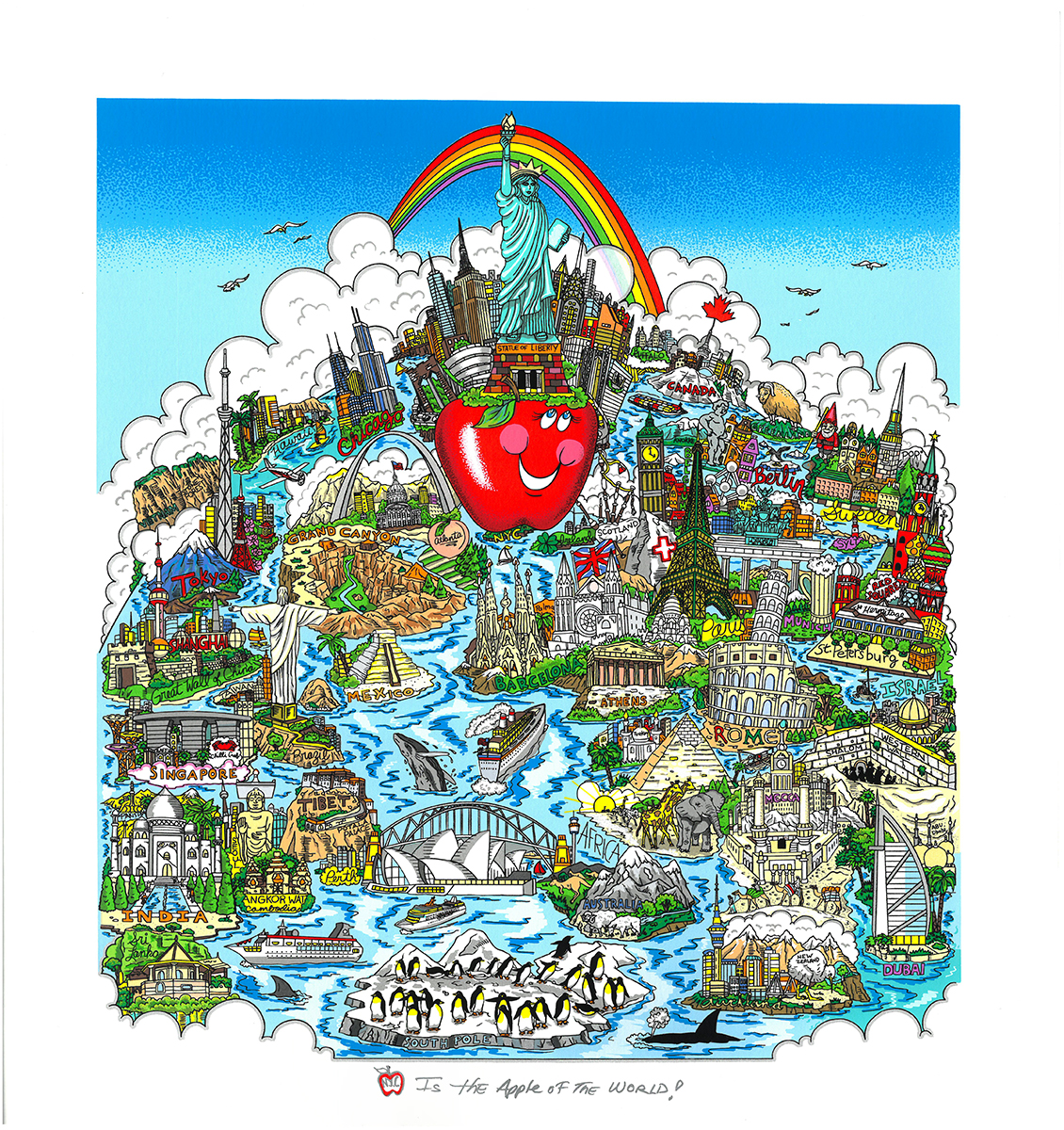 Charles Fazzino’s first limited edition 3D art release encompassing the whole world was titled “We are the World…Mural.” It was released in 2010 and its popularity resulted in the release of two more editions: It’s a Small World in 2014 and What a Wonderful World in 2016. All of these editions were extremely popular and sold out within one year of release. NYC Is the Apple of the World is bound to be just as sought after as its predecessors. Contact your favorite authorized Fazzino gallery for purchasing information about this incredible new limited edition from Charles Fazzino. Or fill out a simple Purchasing Information form!

“We Are The World” 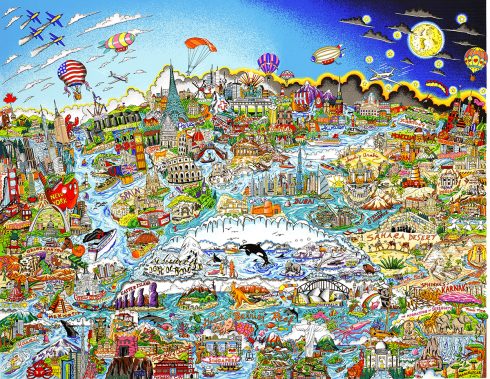 “What a Wonderful World”