Travel With Fazzino To San Francisco

It’s Our Seventh Edition of TRAVEL WITH FAZZINO: San Francisco

Today, we grab our suitcases and head back to the United States from Japan for a Charles Fazzino look into one of the most visited cities in the world: San Francisco, California.

Let’s Go Fly a Kite…San Francisco is the latest Fazzino release on the city by the bay. “I have always loved San Francisco,” said Fazzino. “It has a personality all its own. The city is colorful….the people are colorful…the food is colorful….there is always something fun going on. I drew the kites to symbolize the cities independent and free-flowing identity. They are unique in shape and celebrate the way that San Franciscans seem to live life in full swing!” 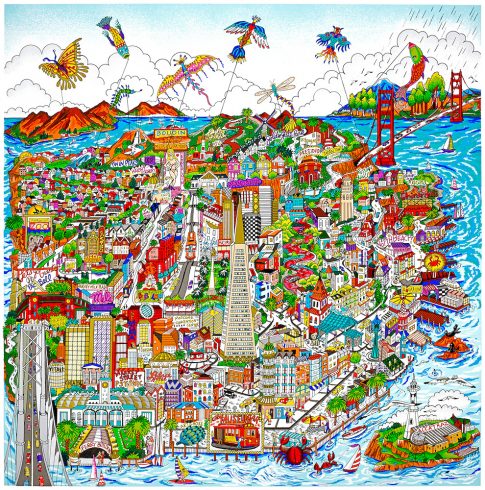 Charles Fazzino first released a limited edition about San Francisco in 1992. It was titled “I Left my Heart in San Francisco” and featured many of the cities tourist highlights including Ghirardelli Square and the Fisherman’s Wharf. He soon followed that up with a tribute to the San Francisco 49ers in 1999, the NFL’s toast of the town! 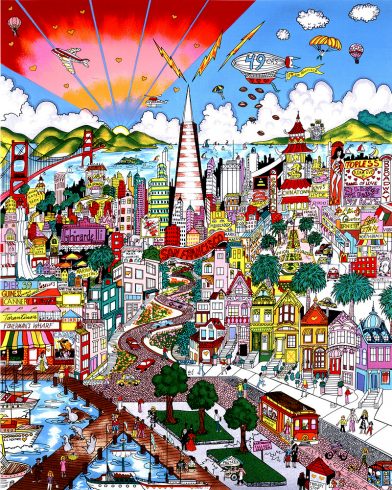 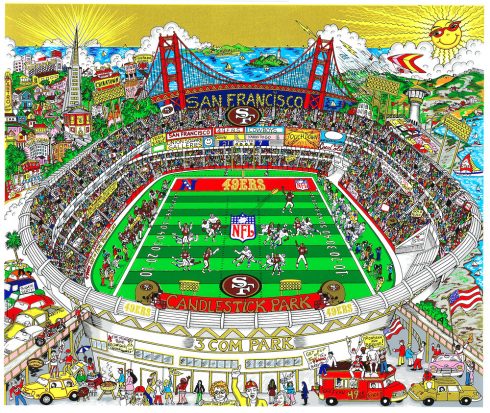 Fazzino has also painted several originals about the city including the one below titled “San Francisco Meets the Bay Area.” Also included in the collection is the much more simplified “San Francisco Trans.” 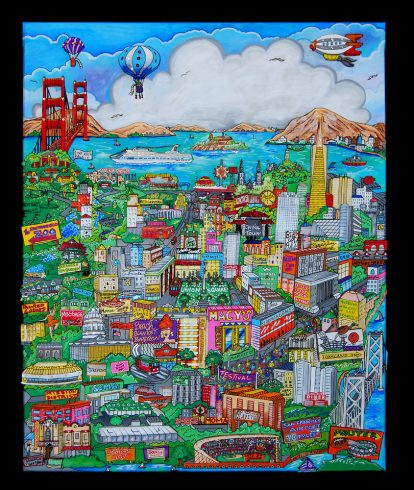 When was Your Last Trip to San Francisco? Share Your Thoughts and Photos!

We’d love to hear from you about your experiences out west. Share some pictures of yourself near any of the landmarks Fazzino has rendered on our Facebook Page. And be sure to stop by for our next edition of Travel with Fazzino!

This entry was posted in 3D Pop Art cityscape