The 2013 Warrior Games closed yesterday with a ceremony at the United States Air Force Academy in Colorado Springs. In one of the most inspiring demonstrations of athletic prowess, 6 teams (5 US Military plus the British Armed Forces) competed for team and individual medals in eight different sports: cycling, archery, swimming, shooting, sitting volleyball, track and field, and wheelchair basketball. This year, the US Marines took the Champions Cup for the most medals won. It was their fourth Champions Cup victory in a row.

The Games were an awesome display of courage, pride, and the strength of the human spirit. Hundreds of Soldiers who had been wounded… lost limbs….lost sight…came together for five days of intense athletic competition. They were cheered on by friends, family, fans, the military brass from Washington DC, Congressmen, Senators…and of course, Prince Harry. The Prince even took part in a sitting volleyball exhibition game, during which he was called for a “high butt” infraction.

Charles Fazzino’s artwork highlighted the events on the cover of the program and as the official art collection for the Warrior Games. Posters and prints are still available and a portion of the proceeds from the sale of the collection benefits the US Paralympic Movement. Visit www.teamusashop.com  for poster and mini print purchasing information or email us at info@fazzinocollectors.com for  the entire collection. 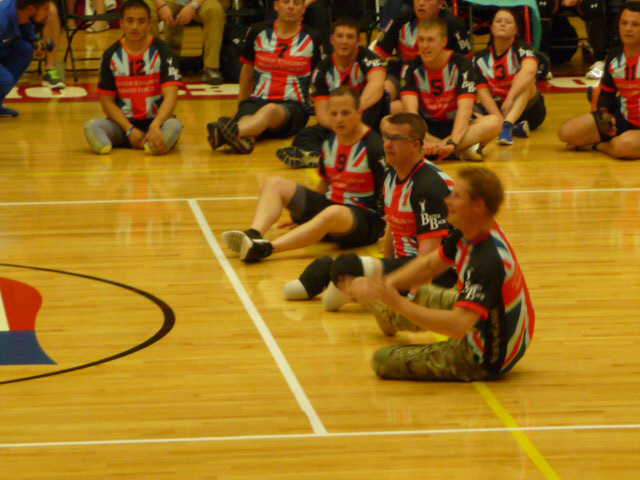 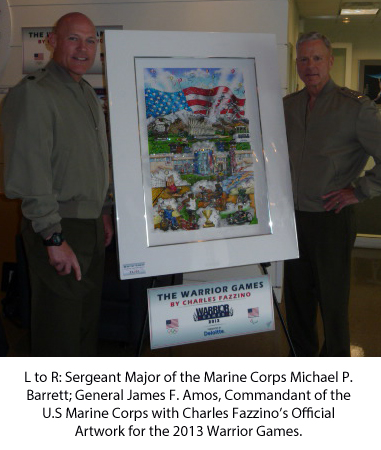