Work of Art – The Next Great Artist

In 2001, I actually appeared as a guest judge on a similar show that airs in Japan called “Anyone Can Be Picasso.” It was a talent show for artists and i had a great time. The winner, in fact, won a trip to NYC and a gallery art show. I remember going….it was fantastic. Unfortunately, it occurred on September 10, 2001 and I remember coming out of the show and looking up at the Twin Towers…thinking how beautiful they were, looming ever large. That was the last time I saw them.  I know that’s a bit of a segue but i will always associate that show and the television appearance that led to it with the tragedy of 9-11. I guess everyone remembers “where they were when….”

Good luck to the cast of Work of Art. Hope the second season is fantastic…and by the way, i’d gladly accept an invitation to be a guest judge on an episode 🙂 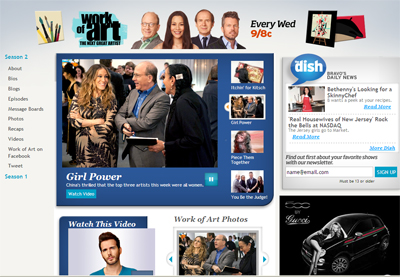