The 2013 MLB All-Star Game has come to a close. It was a fantastic week for Charles Fazzino who appeared every day at the T-Mobile All-Star Game FanFest and then again at Citi Field for the All-Star Game on Tuesday evening. He painted live for three hours each day in the Hometown Heroes Exhibit, creating an original painting that is currently being auctioned online for Stand Up To Cancer. The auction runs through this Sunday, so make sure you get your bid in at www.mlb.com/su2cfazzinoauction.

As usual, we had some wonderful guests drop by the Fazzino exhibit, including Hall-of-Famers Reggie Jackson and Rickey Henderson. Nick Stevens from CBS caught an interview with Fazzino, and Miss USA, Erin Brady spent some time with us as well. She also joined Charles at the game as he signed autographs in the Fox Sports Guest Suite. Together, they watched Fazzino’s original home plate go down on the field for Tom Seaver to throw the ceremonial first pitch. It was an exciting evening. 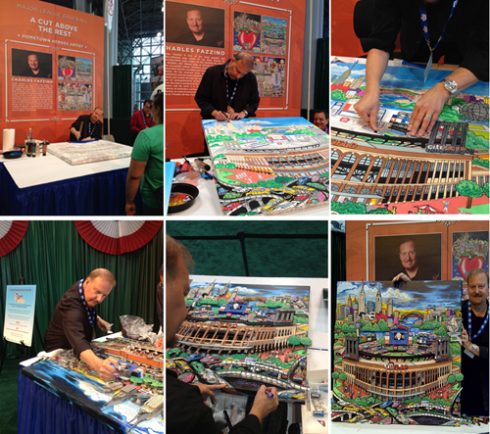 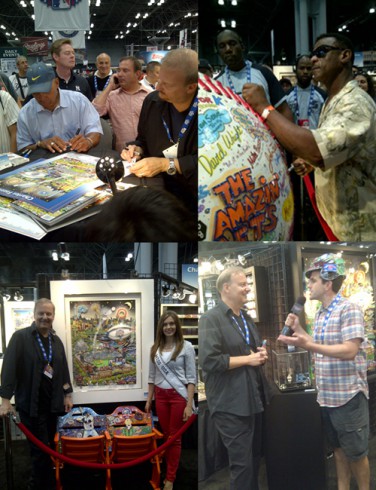 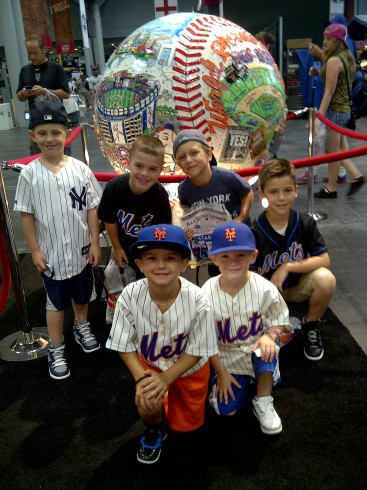 Havin’ fun with Fazzino at Fanfest

This entry was posted in Charity auction MLB All-Star Game