The Collective Pop exhibit at The Gallery at Penn College in Williamsport, PA opened on July 10th and runs through August 24, 2014. The exhibition features a special collection of Charles Fazzino’s 3D artworks alongside the works of hundreds of fifth grade students from around Lycoming County. With instructions from Fazzino to create an artwork themed around “Little League Baseball in Your Community,” the students worked in groups with their art teachers to generate a vibrant, thoughtful, and truly inspired collection of art. Consisting of tile work, textiles, collage, sculpture, and more, the collection represents creative spirit, ingenuity, and of course….a love of Little League Baseball which celebrates the 75th Anniversary of the Little League World Series this August in Williamsport, PA.

This and all of the Fazzino 75th Anniversary of Little League Baseball Art Projects were all initiated and supported by the First Community Foundation Partnership of Pennsylvania.

Charles Fazzino will be present at the Gallery for an artist reception on Monday, August 18th from 5pm – 7pm. The reception and the exhibition are open to the public. Fazzino will be in town for the unveiling of his Anniversary artwork during the Little League World Series and aside from taking part in the reception at the Gallery at Penn College, he will also take part in poster and artwork signings at the Little League Baseball Museum on Saturday and Sunday, August 16th and 17th.

“We are pleased to highlight the work of regional fifth grade students alongside a professional artist in a new exhibition, Charles Fazzino: Collective Pop,” said Penn Gallery Manager Penny Lutz.  “The commitment to this project from Charles Fazzino, the First Community Foundation Partnership of Pennsylvania, Little League Baseball and Pennsylvania College of Technology allowed the students to explore the creative process while collaborating with their teachers and classmates on large-scale works of art. The Gallery at Penn College is dedicated to promoting art appreciation and also believes that projects such as this will ultimately help students to think creatively in all aspects of their learning.”

Here is a sneak peak at some of the students’ work: 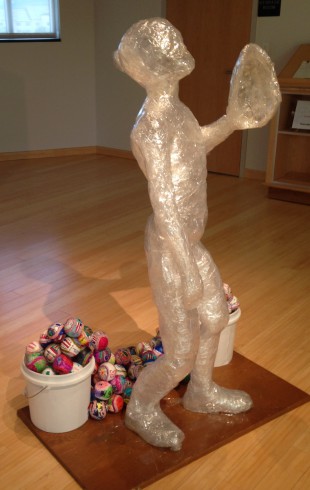 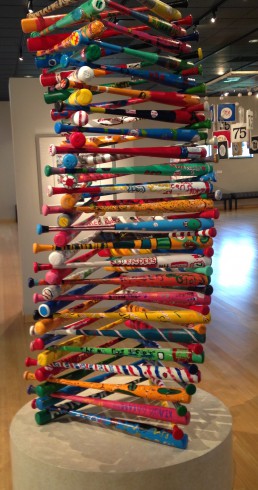 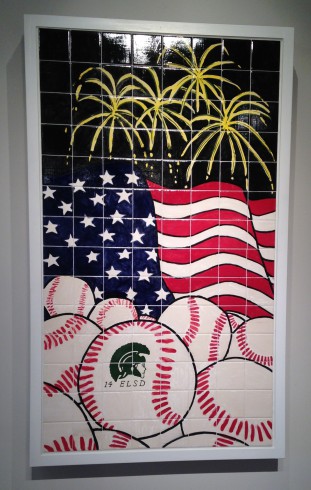