From Dirt To Art: Scott Wade Is The Dirtiest Artist You’ll Meet

Scott Wade is a dirty artist…and we LOVE his filth! His work is a wonderful example of ingenuity born of necessity. Living on a dirt back road in Texas, Scott found himself constantly cleaning the dust off of the car windows…and then he began to doodle. Inspired by his amateur cartoonist father, Scott doodled faces and scenes and animals, experimenting with techniques and tools to make the pictures better and more detailed. His Dirty Car Art was eventually “discovered” by a writer at the Austin American Statesman who wrote about his work. The rest is history. Since then, he’s been featured in the media, hired to create art for several high profile ad campaigns, made appearances at fairs and festivals all over the country….and more!

And you KNOW whenever he’s driving his car down the street, he’s attracting attention. “Almost everywhere we go, my wife and I get folks gathering around our cars to take pictures and ask questions. More than once we’ve stopped at a stoplight and the folks in the car behind jumped out to take pictures with their camera phones. One time a guy in a pickup truck blocked me in as I was leaving the grocery store parking lot. He apologized, but asked me to stay there while his daughter went back in the store to buy a disposable camera!”

Charles Fazzino weighed in on the dirty drawer. “I always love to see someone doing something different…and this is certainly different. It’s so much fun to look at. How many times did you draw the words ‘wash me’ onto a dirty car when you were growing up. Who knew you could turn that into a legitimate art form. Scott’s an interesting guy doing interesting work and I applaud his efforts.” 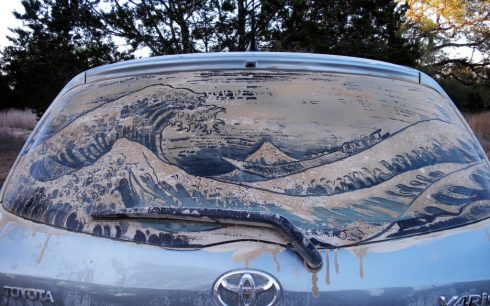 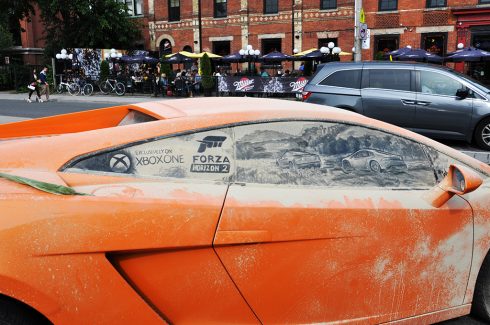 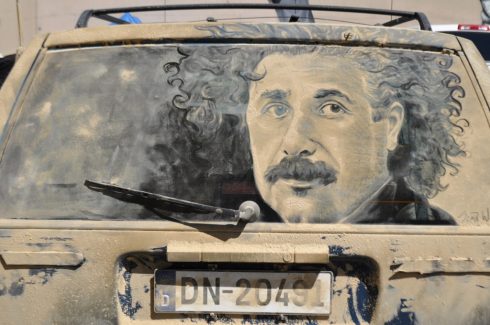