I’ve been working with art teacher Brian Fitzgerald for a few months now, planning out a 25′ x 6′ three-dimensional mural to be created by the kids. There were some special issues we had to deal with on this one because the mural is going to end up being an outdoor installation. We had to figure out where it would go and how it would be mounted. It’s going to end up, similar to the Stranahan High mural, being created out of heavy-duty plywood and the finished piece will be mounted to the cement wall facing 4th Avenue.

As Brian recently explained it, the mural is going to be a “history of Fort Lauderdale in a pop fusion style.”  The kids did a lot of reasearch and drew their own elements … the things and people and places they deemed important in the history of their city. I helped them put it together in one composition but they’ve done the majority of the work themselves. We had the chance to web conference once and it was fun to be able to see them and talk to them. Technology has come a long way. Kids in schools these days can travel virtually anywhere using web conferencing. It’s very cool. I hope schools all over are taking advantage of these technologies.

Anyway, the mural is about half way finished at this point and Brian is keeping me updated on the progress. I hope to be able to visit the students and see the work for myself when i am in Fort Lauderdale towards the end of the month for the Centennial Celebration Kickoff. Nice work kids! Thanks Brian for including me in this fabulous project. I’m as proud of it as the kids will be when they are finished and it will serve as a reminder of their High School years forever…something they can come back to when they’re older and say…”I did that!” 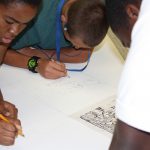 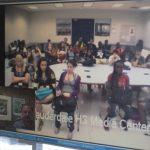 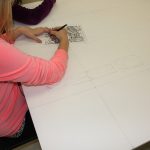 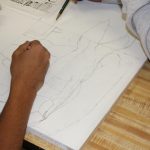 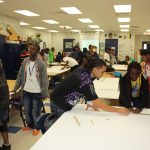 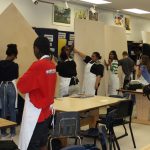