Just returned from a whirlwind trip to Texas. Love it out there. My wife is from Galveston and so i’ve spent a lot of time there, but this was my first trip to Austin. Started in Austin for another joint pop art show with Michael Godard at the Russell Collection. What an incredibly beautiful gallery. The owner, Lisa Russell, is someone who i have only recently had a chance to get to know…she KNOWS what she is doing and is a wonderful gallery owner. Had a great time out there. On Friday, i did a one-hour live art project on KEYE TV’s “We Are Austin Live” show and on Saturday, morning, we did an interactive project with a big group of kids at the gallery. The final work will be installed at the Dell Children’s Hospital. The folks at the hospital were kind enough to give me a tour of their facilities on Friday. I hope that my artwork can take some of the patient’s minds of their ailments if even for only a few minutes. Dell is an amazing hospital.

I admittedly didn’t have good “restaurant luck” in Austin until Saturday night. On Friday, i wanted to find some good Texas barbecue. Unfortunately, someone sent me to Stubb’s which is famous for it’s music….but not necessarily for it’s barbecue. On Saturday, though, i found myself at Maria Maria…..GREAT for Mexican and entertainment in the heart of Austin. I highly recommend it.

On Sunday, after the afternoon session at Russell Gallery, i flew to Dallas to participate in the Dallas Cowboys Taste of the NFL event. I was invited by the Cowboys to do a poster signing and show some of my Cowboys artwork. I met several of the playesr (see Deon Anderson below) and signed with the famous Dallas Cowboys Cheerleaders. The hand-painted helmet i donated to their auction was actually purchased by Wade Phillips’s wife. I can’t tell you why she bought it though…it’s a secret! shhhh. 🙂

I’m looking forward to going back to Dallas for the Super Bowl in early 2011 and to working with both the Cowboys and the Host Committee in the meantime. We have some exciting plans in the works for the NFL Experience and some other events, so stay tuned. Just started working on the artwork.  But you can see the piece i currently have on the new Dallas Cowboys stadium at https://www.fazzino.com/football-art/. 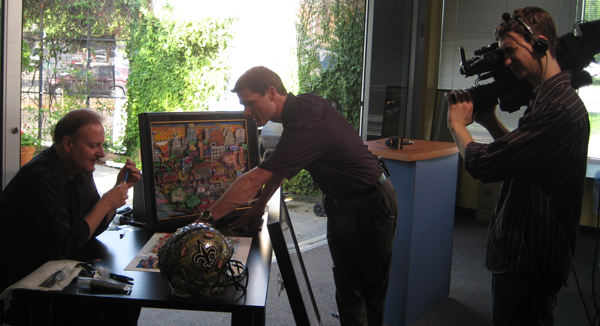 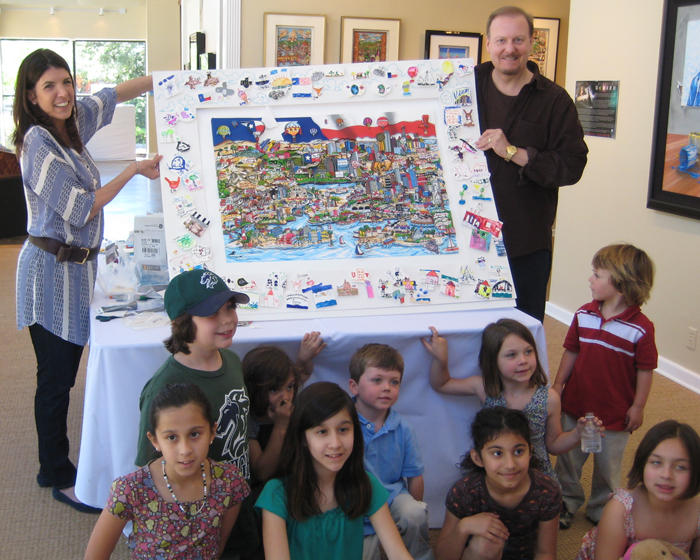 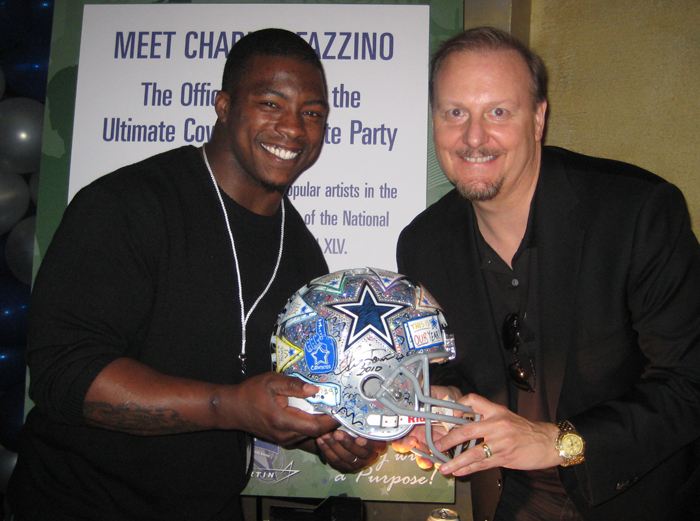 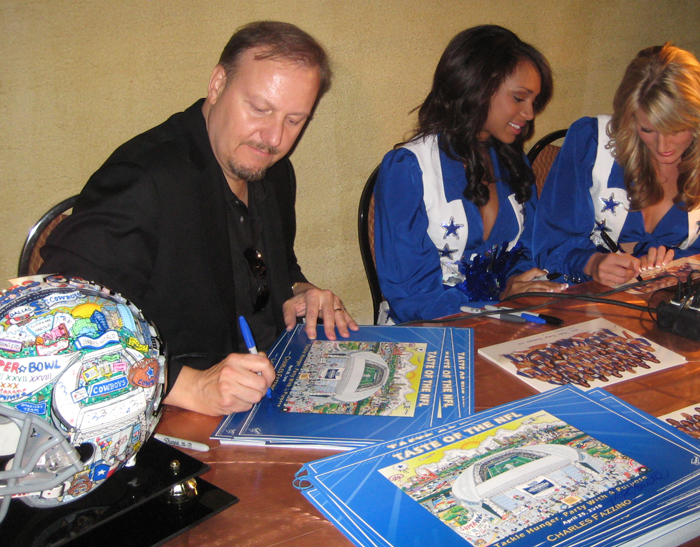