There is a wall in Charles Fazzino’s studio that we fondly call “The Wall of Fame.” It has dozens framed event program covers from events Charles has commemorated over his career. It includes program covers for The GRAMMY Awards, Indianapolis 500, Brickyard 400, Ellis Island Medal of Honor Awards, five Daytime Emmy Awards, two Counntry Music Awards, and many more. We are proud to announce the addition of one more – the 2013 MLB All-Star Game. Charles Fazzino’s artwork adorned the covers of both the 2003 and 2005 All-Star Games, and in 2013, MLB tapped the artist for another cover. 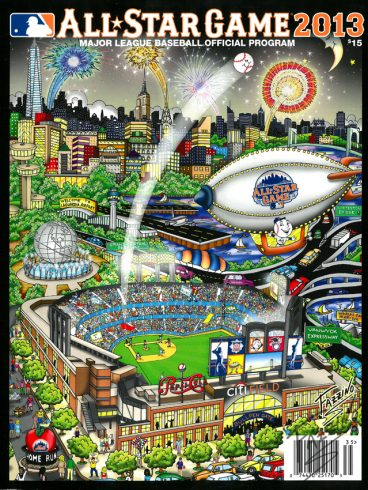