I am often asked by collectors whether or not I am Jewish because I’ve painted so many Jewish art themes. Well, I am not Jewish but I have an incredible respect for Jewish heritage and Jewish lifestyle.  My college years were spent at the School of Visual Arts on the lower east side of New York City. Some of my favorite restaurants, including Katz’s Kosher Deli are there so of course I stopped in as often as I could. When I started doing the street art shows, I was painting different city scenes…many of them of the lower east side where I hung out. I painted the buildings and the people, many of whom were Jewish…in Jewish garb, participating in Jewish festivals, etc. The scenes became popular with my collectors and so I started to learn more about the culture. Some of the first art gallery owners who sold my work were Jewish and they taught me even more. So, as my enthusiasm for the culture grew and my Jewish collector base grew, I painted more and more images that would resonate with them. And they are some of the works of which i am most proud.

In 1997, I released an image called “A Dream for Peace” and it struck a huge nerve. I, along with the rest of the world, long for peace in the Middle East and the way I painted the scene just spoke to a lot of people. I loved that piece. 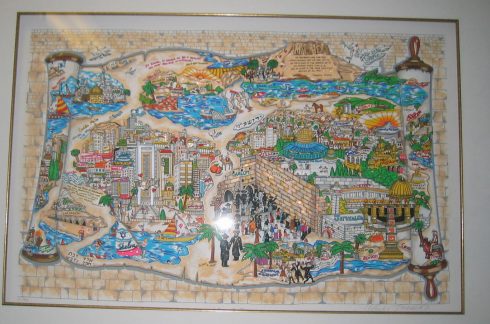 And in 2008, I painted “For Israel, Forever” a tribute piece for the 60th Anniversary of Israel. I was incredibly moved while doing the research for the artwork. The struggles, the drama, the significance….it was all very powerful and I hope I did the subject justice. 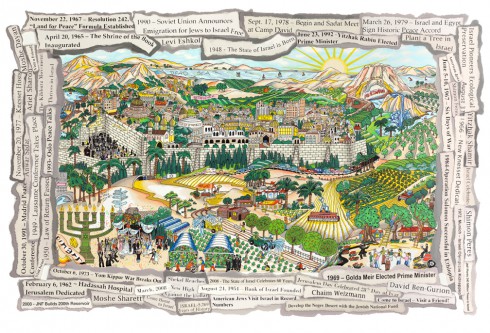 I’ve also painted several original wedding Ketubah’s. This one was actually featured on an episode of the television show “Platinum Weddings.” 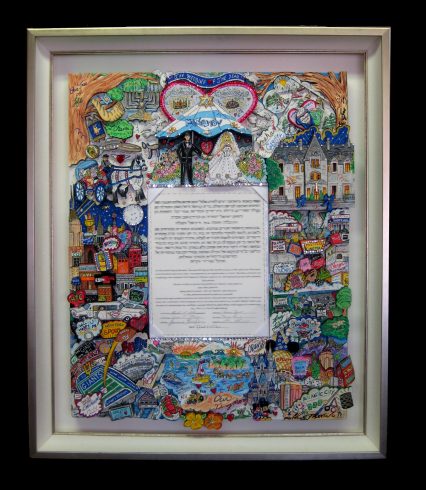 I will continue painting scenes for my Jewish friends and someday, hope when put together, my Jewish pieces will form a meaningful collection that does justice to the culture, the honor, and the history of Israel and the Jewish people.

This entry was posted in 3D Pop Art Jewish Art