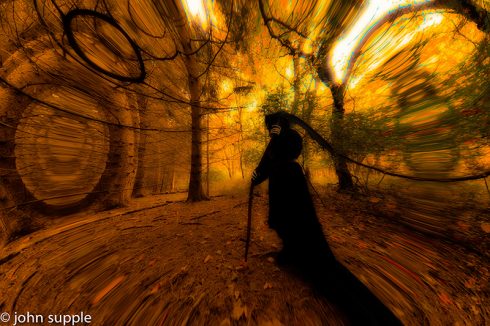 We were perusing some of the entries in the One Life International Photography Contest last month when we stumbled upon the incredible work of John Supple.  The clarity and color in his “Grim Reaper” series of photographs are complemented by an amazing level of texture and tone. We just had to find out where his inspiration came from for the series…so we contacted him and here’s what he had to tell us:

“The inspiration behind these was that I often wonder if ‘the reaper” or death ever feels remorse, does it get tired of all the killings going on, I know I am as I see whats been going on in this world …….. never ending wars for profit etc etc….

I’m always inspired by what nature has given us, life, landscapes, water…humans! There is something about abandoned buildings that I’m attracted to, always wanting to find out whats in side, much like my wanting to know whats going on inside someones mind…..as a kid I would take almost everything apart just to see how does this work?”

While John’s work can obviously be both deep and dark, it can also be quite thought-provoking and even inspirational. What separates his work is not the subject-matter, but rather his treatment of it. By combining effects and subjects, he tells a story that is dramatic and multi-dimensional. You can’t look at one of his photos only once. You must revisit it time and time again to internalize the whole message….the whole story. His series of photos shot inside a former mental institution is juxtaposed to his series of street photography in which he captures amazing scenes of “moments of life in the big city.” The breadth of his work is impressive and we hope he continues to hone his craft far into the future.

See more of his work at   https://ello.co/thatusernameistaken

Here are some of the photos from John Supple’s “Grim Reaper” series: 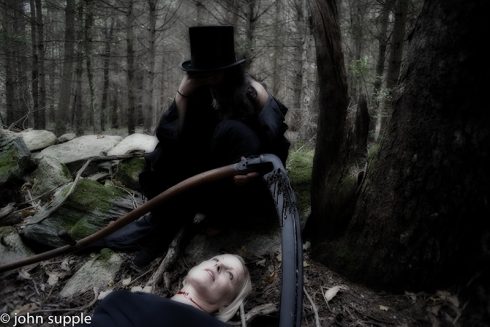 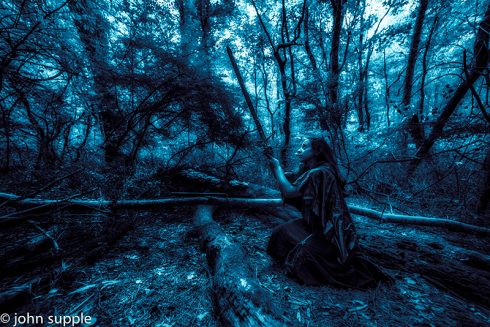 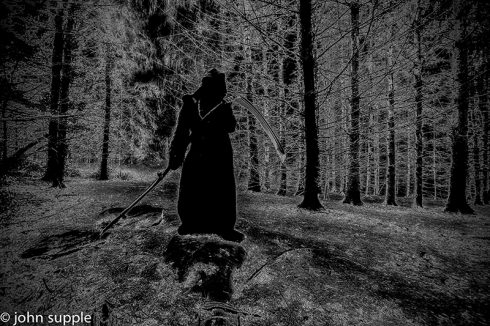 What do you think of John Supple’s “Grim Reaper” series? Share your thoughts in the comments below or tell us what you think on Facebook or Twitter!