Charles Fazzino is headed back to Europe next week….after being there last week for appearances in both Paris and Lyon, France. In Lyon, he was hosted by Galerie Nuances et Lumiere and the City of Lyon as the official artist for the annual Foire de Lyon International Fair. The festival began on March 22nd and ended on April 1st. Every year, the festival has a different theme and this year, it was “New York, New York!” Attendees were treated to hundreds of different displays…things to look at, experience, eat, and buy! 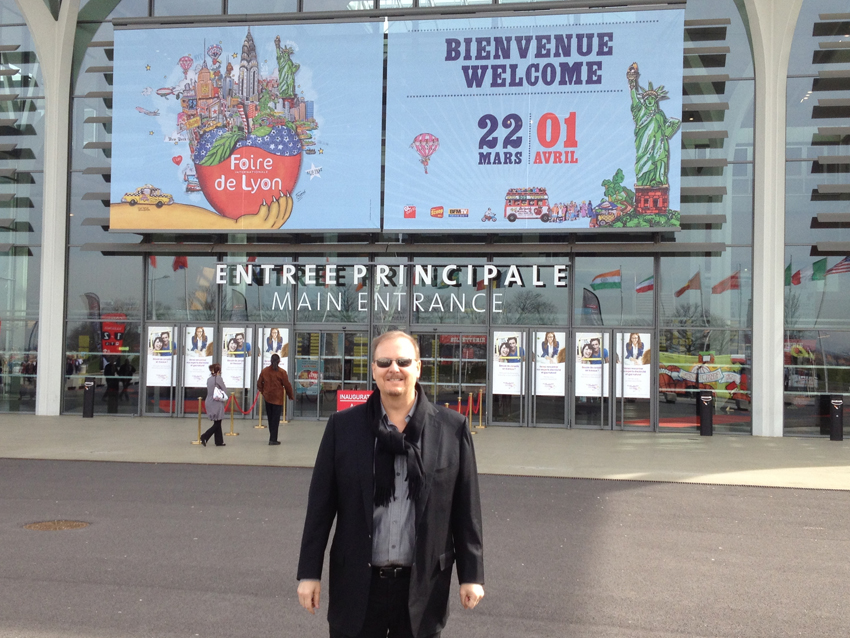 “It was an exciting event,” said Fazzino. “I had a lot of fun there. The festival is just a huge display of everything you can imagine…food, design, art….and thousands of people crowd the grounds. It’s just amazing. There’s an entire display just for….cheese! My artwork was everywhere…on the banners and programs and shopping bags. It was thrilling to experience and I was proud to be a part of it.” 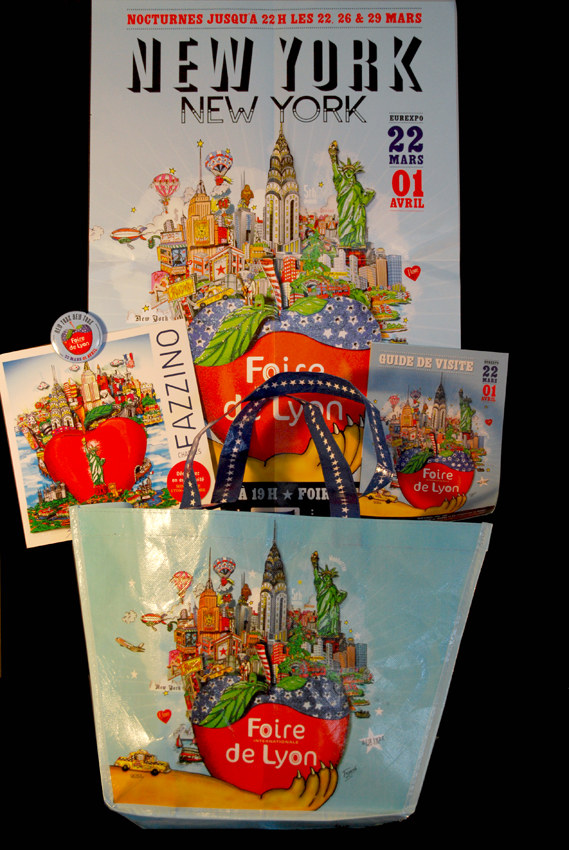