Fazzino Pop Art is a Hit in Heimbach

On June 21 and June 22, Charles Fazzino appeared at an exhibition of his work at the prestigious International Academy Art Heimbach/Eifel. The exhibition of more than 150 works from the internationally renowned 3D pop artist opened on April 27th among festivities attended by county dignitaries, friends, and the media. These groups again came together for the closing weekend which featured personal appearances by the artist himself. Administrator Wolfgang Spelthanh, Chairman of Cultural Initiatives for Düren Käthe Rolfink, and Professor Frank Günter Zehnder of the International Academy of Art welcomed the artist who conducted two autograph-signing sessions and attended a barbecue in his honor at the 750-year-old-castle. In addition, he awarded prizes to the winners of a student painting contest held in the city of Düren inspired by his works.

A Few Words from Charles Fazzino

“I was so honored to have my work shown at the International Academy,” said Charles Fazzino. “This was a very special exhibition for me. My work has been shown in Germany for over 20 years. I love the country and have always had a special bond here. But this was my first museum exhibition here and to have it held in such an awe-inspiring location was just magical. I loved every minute of it and my thanks go out to everyone who was involved in the planning and the execution. I will always remember this weekend that I spent in Kreis Düren” 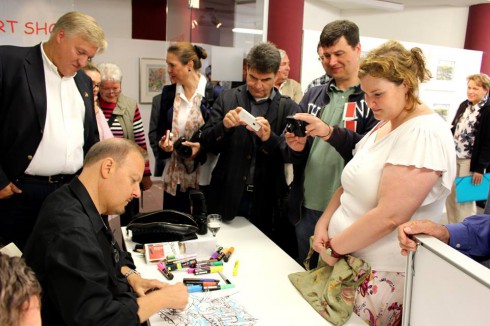 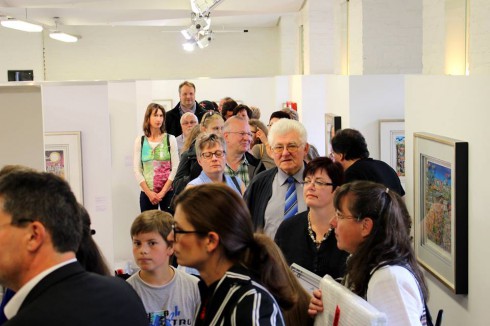 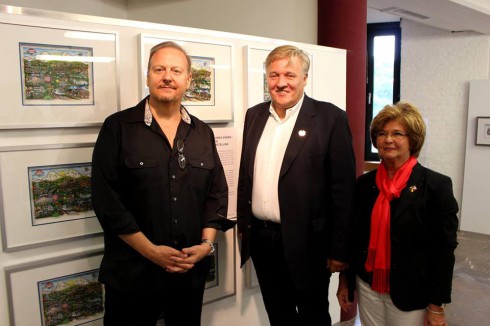 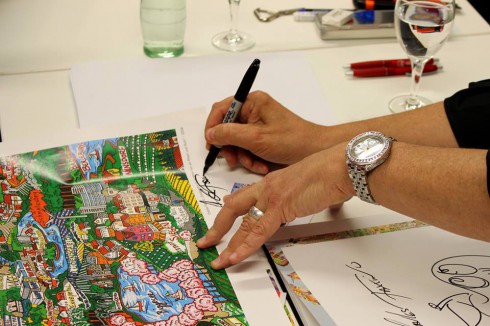 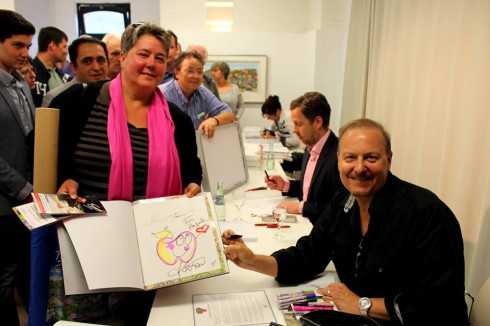