Amidst the party atmosphere created by the student band and the glasses of champagne, Charles Fazzino’s tribute to Düren (“For the Love of Kreis Düren”) was unveiled on April 27th in front of more than a hundred county dignitaries, friends, and the media. District Administrator Wolfgang Spelthanh, Chairman of Cultural Initiatives for Düren Käthe Rolfink, Professor Frank Günter Zehnder of the International Academy of Art, and Museum Editions, Ltd. Director Julie Maner all spoke in front of an enthusiastic and engaged audience. 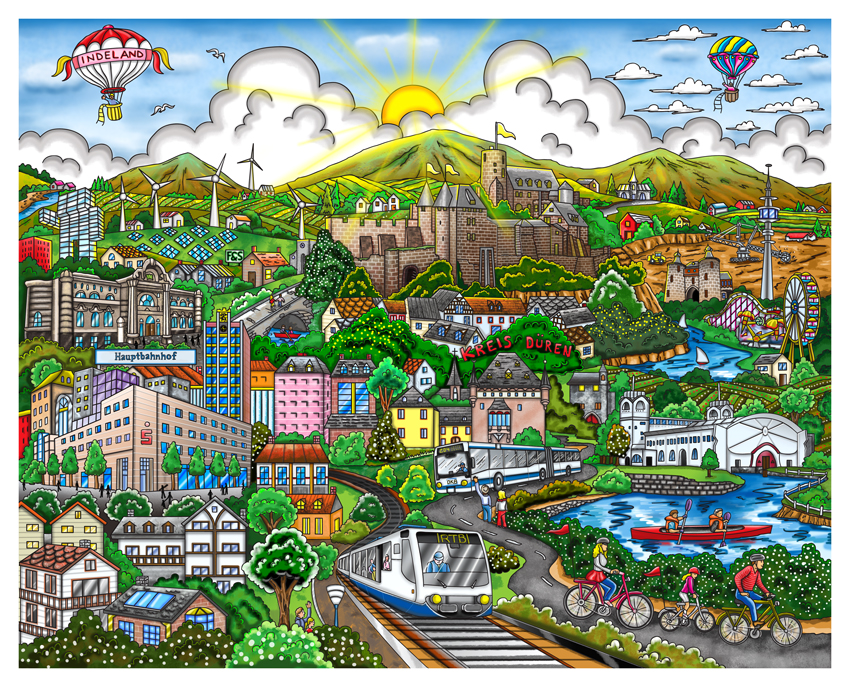 For the Love of Kreis Duren

After the unveiling, guests were invited to tour the exhibition that features more than 150 works from Charles Fazzino including a spectacular collection of one-of-a-kind unique pieces. The exhibit will run through June 24th at the International Art Academy Heimbach/Eifel. Admission is 7 euros per person. Children under 18 are admitted for free. Contact the Academy for more information at www.kunstakademie-heimbach.de. 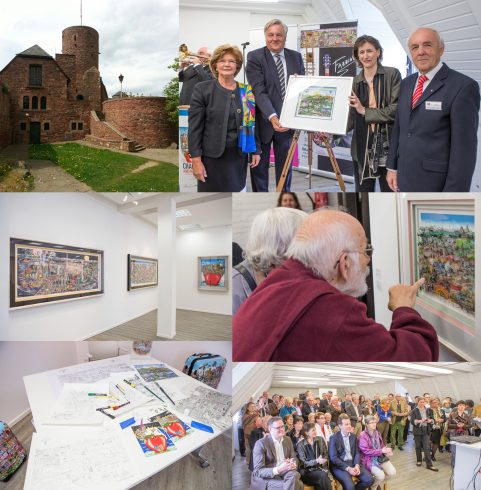