Fazzino has a new piece of HEART-work for you! Your little town blues will melt away after you see this one. (Only if you fall into a pit of lava.)  Fazzino released all of your favorite fictional video game characters and sent them to invade New York City!

Is that Yoshi scaling the side of a sky scraper? What other characters do you see? Maybe they are  hungry for something from Katz Deli? Or trying to sneak into the Majestic Theatre in Times Square to see Phantom of the Opera? Even though these Extra-Terrestrial and Comic- book favorite tributes reworked in Fazzino’s inimitable fashion are trying to take over NYC, they still can’t change the fact that Charles always seems to find a way to make you fall in love with New York City….all over again! 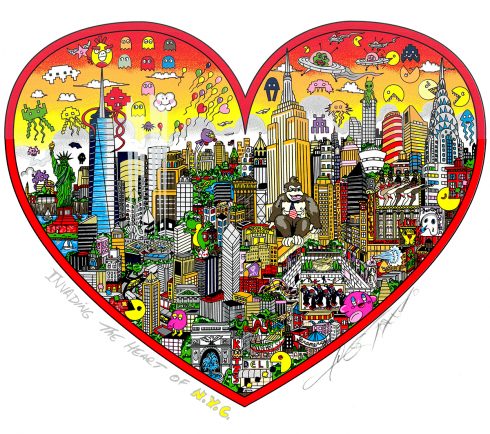 “The idea for Invading the Heart came to me in the studio one day. I was thinking about the evolution of the city and for some reason, it hit me to do a piece about the evolution of video games in the context of NYC. So, I created a lot of my own characters but put them in scenes that made them reminiscent of many of the old standards and favorites. I just thought it was fun to see them in NYC…taking over and just having a grand ‘ole time.”

This Limited-Edition 3D piece measures 13.5” x 10.5” and is available in an edition of 200DX and 50 ALU; embellished in Swarovski crystals to bring to life pieces that are “Out-Of-This-World!”

Many of Fazzino’s most famous places have been celebrated within the Heart Shape…Paris…NY…Switzerland…Japan….and more. Do you recognize any of these previous pieces of Fazzino HEARTwork?

Night and Day the Heart Beats for NY, Released in 2016 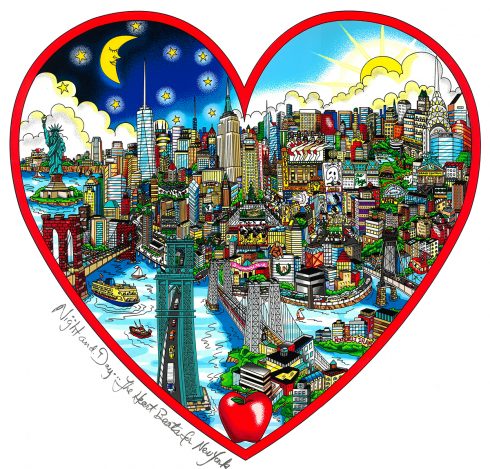 The Heart of Santa Barbara, Released in 2015 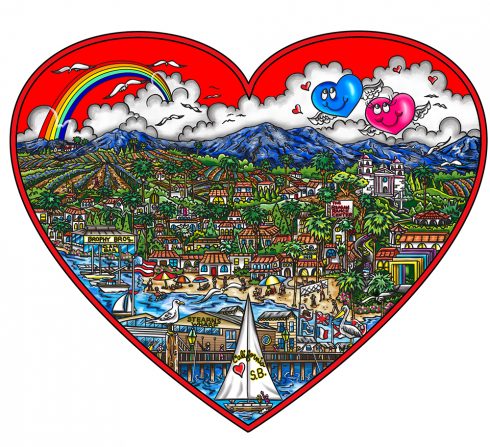 Snowing in the Heart of NYC, Released in 2014 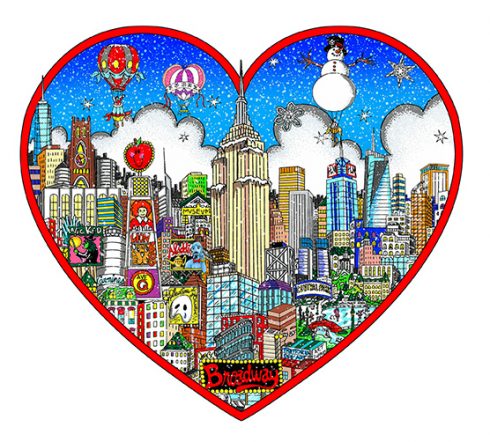 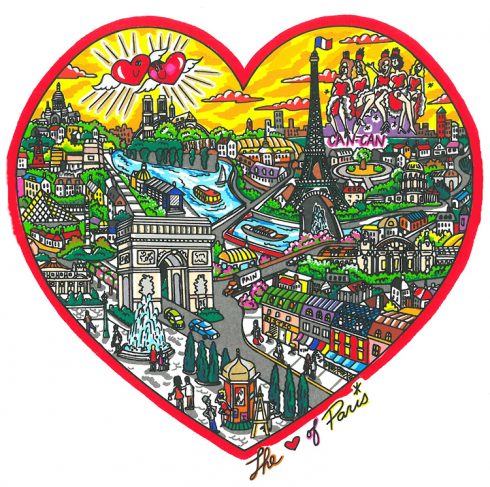 Make sure to snap a photo and hashtag #FazzinoHEARTwork or #InvadingTheHeart so we can see how many cities this piece can Invade on!