Leave it to the British to Innovate an Art Opening

There was an article in Britain’s The Guardian yesterday regarding the opening of a new Leonardo Da Vinci exhibition at the National Gallery. While this might not seem to be such big news … there are Da Vinci exhibitions going on all the time all over the world (and rightly so!)….the BIG news is the slow movement of these types of openings into the realm of popular culture. Da Vinci was an inventor…and innovator…a thinker…and a risk-taker. It’s only fitting that his opening be the first in Britain not only to be streamed live on SKY HD, but also to be shown via video feed to movie theaters all over the country. Talk about elevating the profile of an art opening! This is fantastic…and someday i hope to be able to come into your homes through similar feeds. I hope this is the beginning of something big. 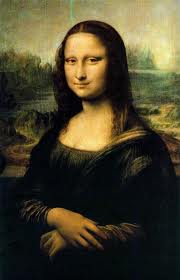