Future Hall-of-Famer Chipper Jones is on a farewell tour. He’s announced that this will be his final season in the Big Leagues and to celebrate his career, each team in the League has presented him with a gift during his last visit to their stadiums. The Houston Astros gave him a cowboy hat and the Yankees bestowed their own third base on him for his collection. He received a Stan Musial jersey from the St. Louis Cardinals, a surfboard from the San Diego Padres…and now an original Charles Fazzino 3D pop art commemorating his career at Shea Stadium.

It’s no secret that Chipper has a fondness for Shea. Besides being deemed a “Met Killer”because of his exploits in New York, he named his son “Shea” after the stadium where he has had some of his greatest career highlights. Mets COO Jeff Wilpon and Fazzino presented the piece during a press conference last Friday at Citi Field. The task of commemorating the career of Chipper at Shea was right up Fazzino’s ally. Although he is well known for his New York cityscape art, he’s also popular for his sports artwork, and even more specifically his amazing baseball art collection. He’s also  commemorated the lives of many famous athletes, and high-profile events such as the MLB All-Star Game , The Super Bowl and the Olympic Games.

“I was honored to be asked by the Mets to create their retirement gift for Chipper Jones. I hope Chipper enjoys the artwork as much as I enjoyed creating it,” stated Charles Fazzino. 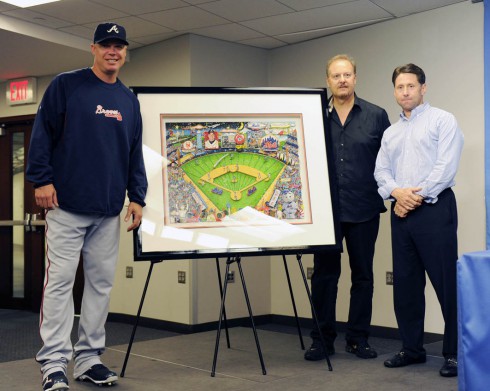 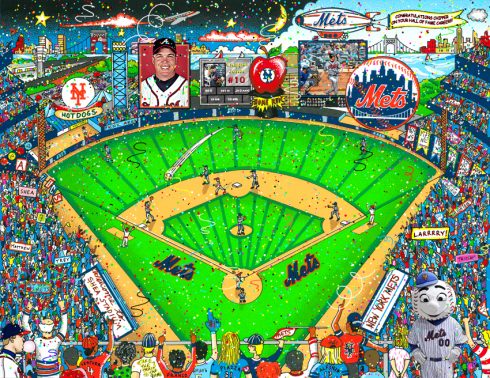 This entry was posted in basebal pop art Charles Fazzino