My exhibition at the Museum of Art / Fort Lauderdale opens this Thursday evening, December 9th and runs through January 5, 2011. I’m incredibly excited about it and wanted to give you  sneak preview. The 3-D pop art exhibition celebrates the Centennial Celebration of the City of Fort Lauderdale, of which I’m proud to be serving as the official artist.

Titled “Faces of Fort Lauderdale,” the focus of the exhibition will be a series of ten multi-layered plexiglass sculptures, each representing a person froma different decade in Fort Lauderdale history. I spent many months creating these ten people…ten ordinary people, each of whom has a story to tell about life in Fort Lauderdale. I have spent so much time with them, they are like real people to me. There’s Gustavo the orange grove picker and LeRoy Dixie the jazz man; There’s Rhonda Shapiro the snowbird artist from New York, Austin Wentworth the real estate developer and more. I hope you have a chance to get to know them as well as I do.

The complete exhibition actually wasn’t fully completed until about a week ago. The last piece I finished was probably the most ambitious – “Trash Can Sculpture.” It’s mean to be a lifesize piece depicting all of the things that people might have discarded as they fled from the beach in the face of oncoming hurricane cleo in the 1960’s. Each one of the items captures a piece of pop culture and when taken together, they convey the tone of the times in Fort Lauderdale.

I’ve also created a Fort Lauderdale Diorama and several large three-dimensional original paintings, including the original of the official artwork of the Centennial Celebration. I did a lot of experimenting for this collection and I really tried to stretch creatively. I’m proud of the result and I’m honored to be able to share it on such a prestigious stage! I am grateful to everyone at the Museum for putting this together and I hope that you’ll have a chance to see if if you’re in town! 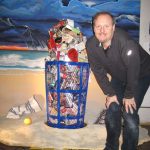 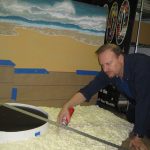 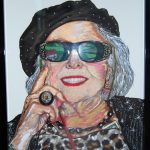 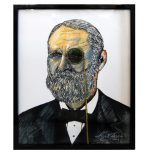 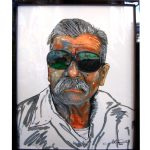 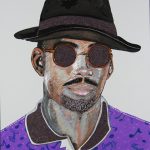 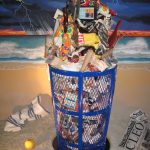