New Release: Liberty Stands in the Heart of NYC

Introducing “Liberty Stands in the Heart of NYC” is the latest heart-shaped, New York 3D limited edition pop art release by Charles Fazzino. It is a follow up to a series of very successful NY hearts like “The Heart Beat of Broadway (2013),” “Heartaliciously Broadway (2011),” “and “The Heart of the City (2005)”. “Putting New York in the shape of a heart always made sense to me” said Charles Fazzino. “New York is the heart beat of the world and so many people love and adore it. It works artistically and it definitely works thematically.” 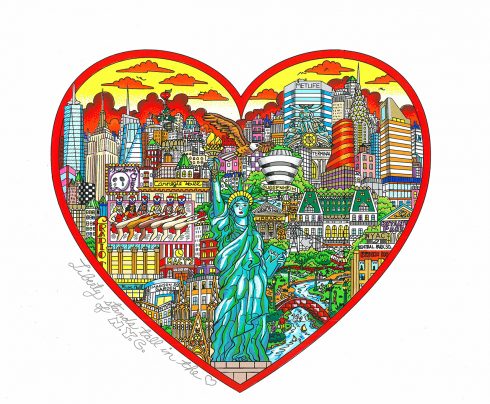 Fazzino hasn’t saved the heart shape exclusively for New York. In fact, he’s utilized in several other cityscapes, including tributes to Santa Barbara, Paris, and London. “The Heart of the West End” was released in 2001 and celebrated the Broadway-esque feel of London’s West End. “For the Love of Santa Barbara,” and “The Heart of Paris” were both recently (2010 and 2001 respectively) very popular on the Fazzino current edition releases lists. Both are also sold out at this point. 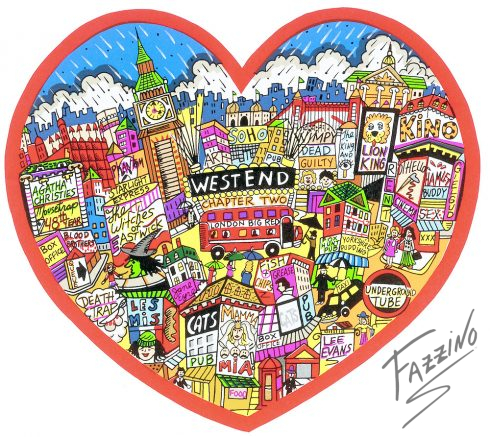 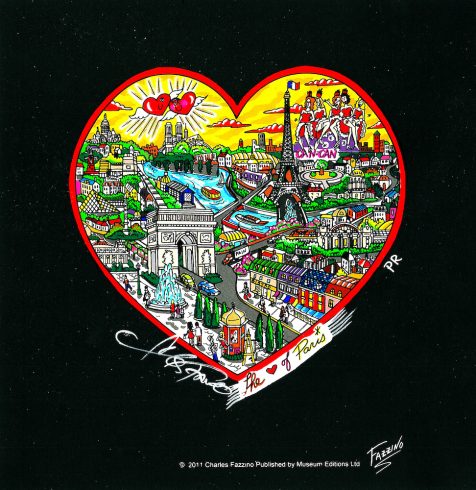 Contact your favorite authorized Fazzino Gallery for purchasing information for “Liberty Stands in the Heart of NYC” or visit our current editions page for all of the currently available Fazzino artwork.