Here’s a new Fazzino 3D limited edition release for ALL YOU DOG LOVERS OUT THERE! Puppy romance in Paris…couldn’t be better! Paws in Paris is the latest in a line of dog/cat Fazzino releases which has included Dogs on a Hot Tin Ruff-Ruff (1998), Catatonically Catnipped and Meowing in Mancattan (2001), Cat Scratch Fever (2015), and It’s a Dog Day Afternoon (2013).”

“I do like cats, but I’m really a huge dog person. I love them! Unfortunately, I’m allergic to most cats…..my daughter has the most adorable British Bulldog named Missy and French Bulldog named Olivier….they are like my grandkids!”

Paws in Paris sets those lovable canines in the romantic city of Paris! 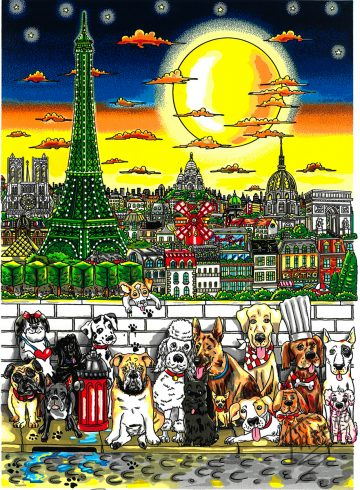 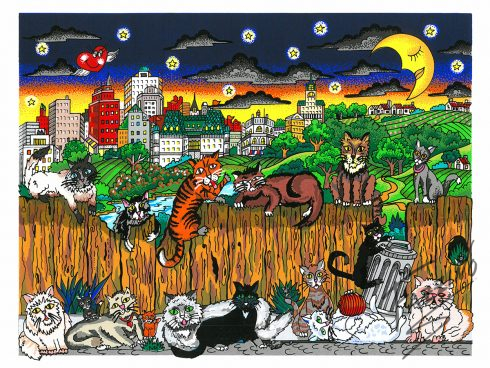 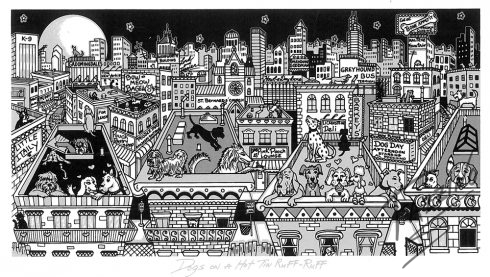