On December 10th, Holiday House NYC was the scene of the unveiling of the fourteenth officially licensed Super Bowl artwork created by Charles Fazzino. NBC’s Emmy Award-Winning Sports anchor Bruce Beck served as emcee for the event which took place at the “NFL Room presented by Parade.” 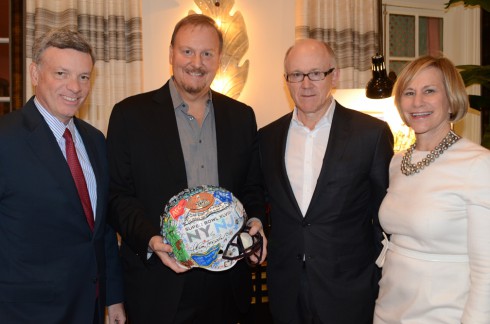 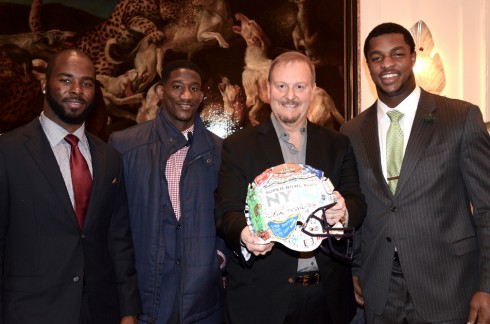 “I was overwhelmed by this event,” said Charles Fazzino. I was honored to have all of these incredible people turn out to unveil my art for Super Bowl XLVIII and gratified to be able to contribute to two such important organizations as the Snowflake Youth Foundation and the Breast Cancer Research Foundation. The Super Bowl in New York will be incredible and I’m excited to be a part of the big game in my hometown.” 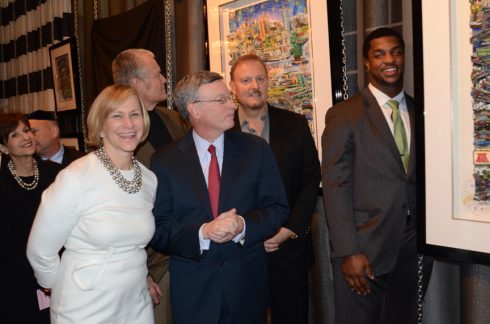 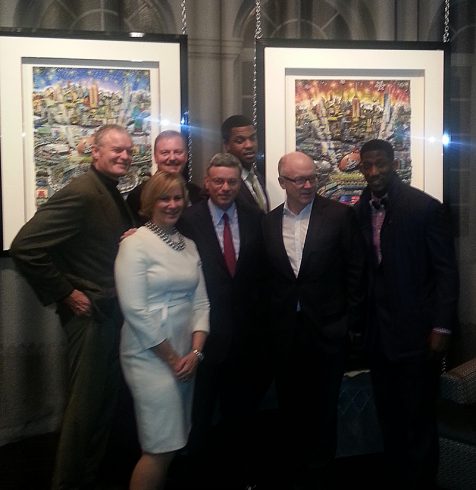