I’m grateful to NAMOS for hosting the reception and to all those who attended. We had a wonderful time. Not only did people have the chance to sneak-preview the Super Bowl XLVI art collection, but they also took in NAMOS’s current featured exhibition – The Football Invitational – a collection of football-related artwork by more than fifty artists. If you’re a football fan, I highly recommend it.

I’m really looking forward to coming back for Super Bowl week. I’ll be at the NFL Experience and also at The Taste of the NFL….and who knows where else?! Hope to see you there! 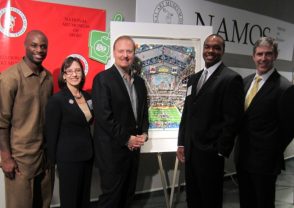 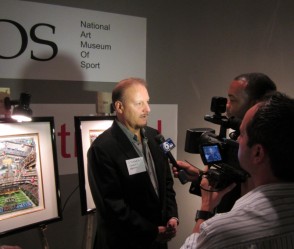 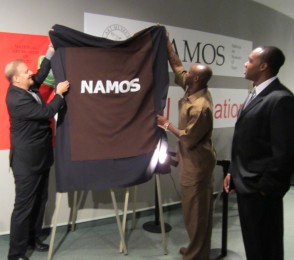 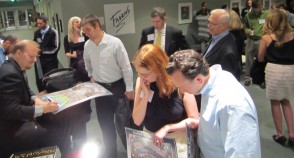