Cartography is an Art Form All Its Own

“I love maps,” is a statement often heard out of Charles Fazzino’s mouth. “I just think that between the composition and the workmanship, they are a beautiful works of art. The level of detail that the mapmaker has to capture is astounding…even for me!” We recently found out about a cartographer named Katie Kowalsky who has taken the artistry of map-making one step farther and we think what’s she’s done is very cool. Using an application called Mapbox Studio, she created a series of world maps in the style of famous pop artist Roy Lichtenstein, translating Lichtenstein’s signature primary color schemes and strong black lines into a jaw-dropping world map. It was NOT an easy endeavor 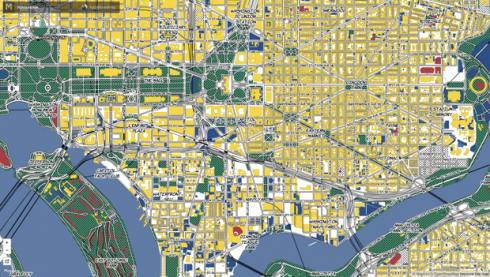 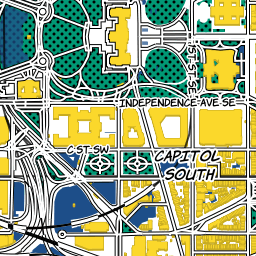 Map making has been a highly regarded form of expression almost since the beginning of time. The first known attempt at map making is more than 2,500 years old and was done by the ancient Greeks. In the 15th Century, Leonardo da Vinci was celebrated for, among so many other things, his ability to accurately create renderings of the earth. He drew a map for Cesare Borgia in Italy (son of Pope Alexander VI) that was so accurate and useful, it resulted in his being hired as the “Chief Military Engineer.” 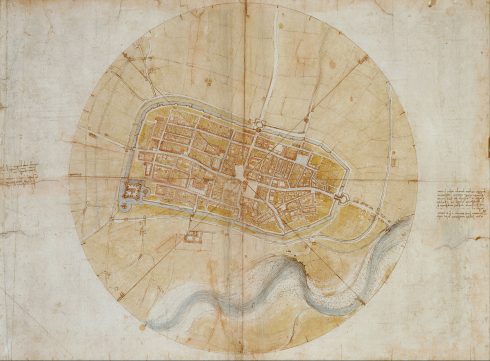 Contemporary artists have also been inspired by the curvature and shape of the earth. Artists, the likes of Ed Ruscha and Julian Schnabel have used the concept of a map as the basis for their own artwork. One of the most famous is Joyce Kozloff, the mother of the Pattern and Decoration movement in the 1970’s. A lifelong activist, she has “fused a love for widespread artistic traditions with an activist temperament.” For decades, she has used the map as the basis for sharing her visionary ideas and concepts with the rest of the world. 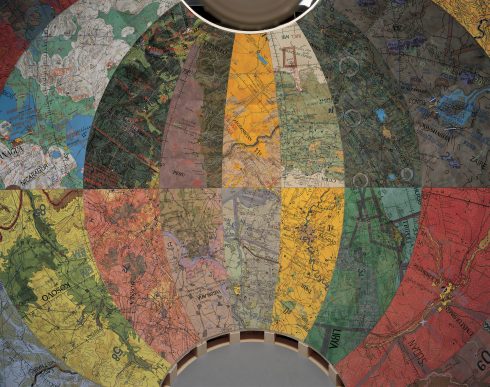 “The closest i’ve gotten to map making would be my limited edition piece called ‘New York City Is……,” stated Fazzino. The full titled of the work, originally published in  is “NY Is…..13.5 Miles Long, 2.4 Miles Wide, 7.6 Million People, 12,500 Restaurants, 5,800 Subway Cars, 4,375 Buses, 52 Bridges, and The Center of the World!!” We don’t know how accurate it is to call it a map but essentially, it IS Fazzino’s version of a New York City Street Map. It represents a departure for the artist and provides a unique sense of the scale of the city and all it contains.