The Romanticized World of Stolen Art

Romanticized stories about stolen art have been around….well…forever. How about the 1966 romantic comedy “How to Steal a Million”  starring Audrey Hepburn and Peter O’toole about a woman who steals a statue from a Paris museum? “The DaVinci Code” from the year 2000 centered on a murder at the Louvre in Paris. And who can forget Bogart’s “The Maltese Falcon.” There’s just something seductive and mysterious about the theft of art or crimes involving art.

Life imitated art once again last week when the Springfield Art Museum in Springfield, Missouri reported the theft of several famous Andy Warhol”soup can” works from 1968. The FBI, which actually maintains a special Art Crimes Team, was brought in to investigate. They offered a $25,000 reward for information leading to the arrest of the perpetrators.

Throughout history, stolen art has captured our imaginations. A quick perusal through the FBI’s National Stolen Art File gives us a glimpse at some of the more high profile cases. In 2002, two brazen men broke into the Van Gogh Museum in Amsterdam and stole the artist’s “View fo the Sea at Scheveningen” and “Congregation Leaving the Reformed Church in Nuenen.” Together they are valued at about $30 million. Picasso’s “Le pigeon aux petits pais” was lifted in 2010, along with 4 other paintings valued at over $100 million, from the Musée d’Art Moderne de la Ville de Paris, and in 2012 theives stole Claude Monet’s “Charing Cross Bridge, London” from the Kunsthal Museum in Rotterdam. 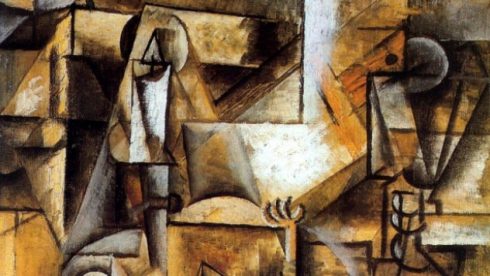 Then of course, there are the private thefts such as the Picasso portrait stolen from the home of Wilma Tisch many years ago. The portrait recently resurfaced with a Miami art dealer, according to the “NY Daily News” and is now the subject of a court battle to determine the rightful owner.

If theft of one’s art is a coming of age right of passage for any well-known artist, then Charles Fazzino has certainly passed that test. Several Fazzino works have been reported stolen, with the “Wizard of Oz” being the most recent. It was stolen from a private home in Broward County, Florida in October, 2015.

The moral of the story? Make sure you insure your beloved artworks as you would your jewelry …. and secure them as you would any other valuable…and then ENJOY THEM! 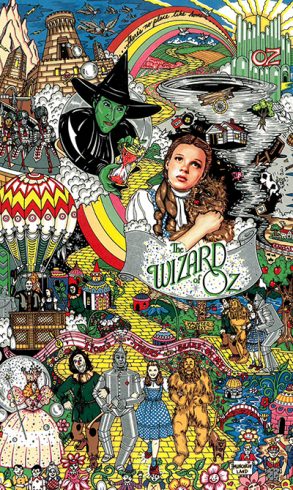 Fazzino’s “The Wizard of Oz”