Today, Charles Fazzino finished taping the segment for CBS Sunday Morning at  the NFL Experience in New Orleans. The cast and crew joined Fazzino as he finished putting together his Super Bowl art collection exhibit. Serena Altschul chatted with the artist about what it’s like, after months of preparation, to actually BE at the Super Bowl. It was a wonderful ending to a week of activity, the result of which is scheduled to air on Super Bowl Sunday, February 3rd at 9am EST on CBS. Last week, they filmed the Fazzino collection for American Airlines at JFK International Airport. Make sure you tune in to see how a week’s worth of filming is magically turned into a television news magazine feature story. 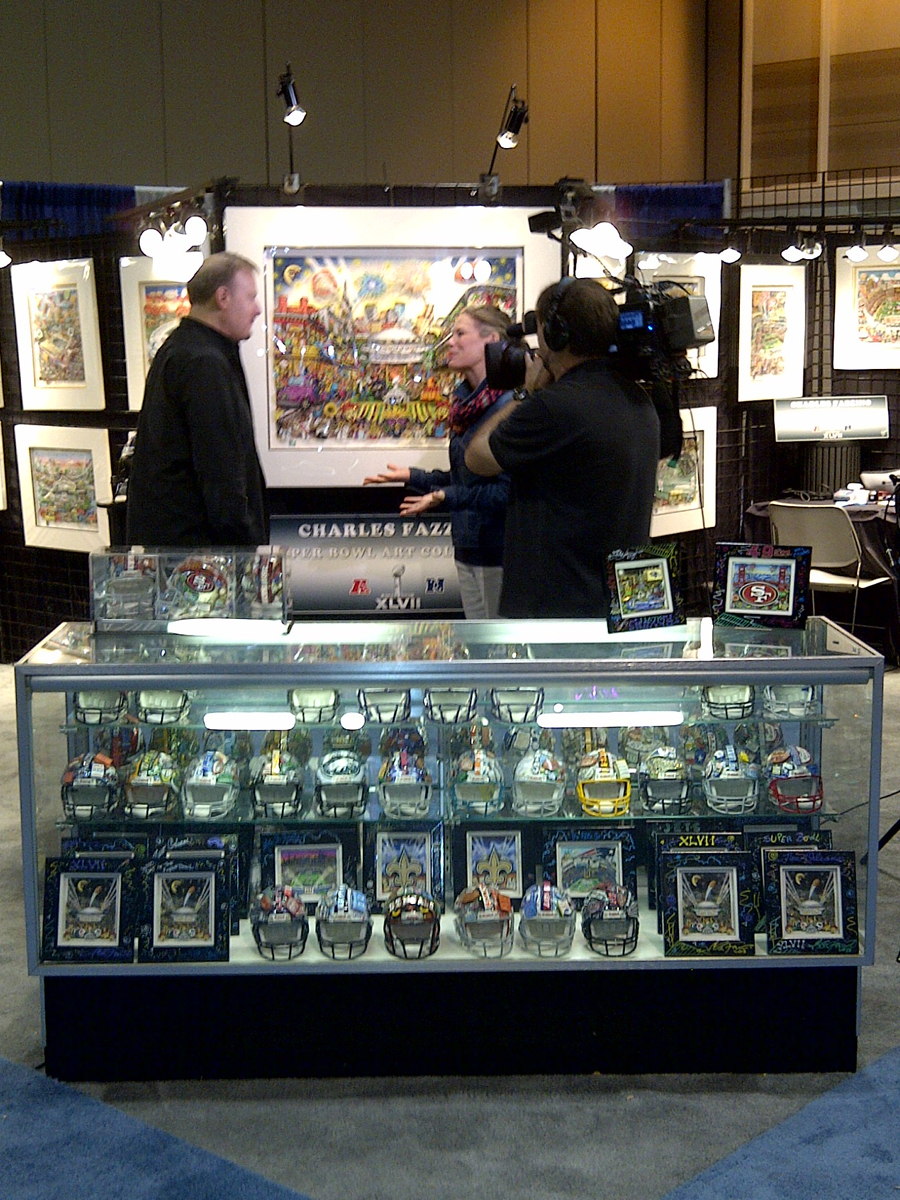 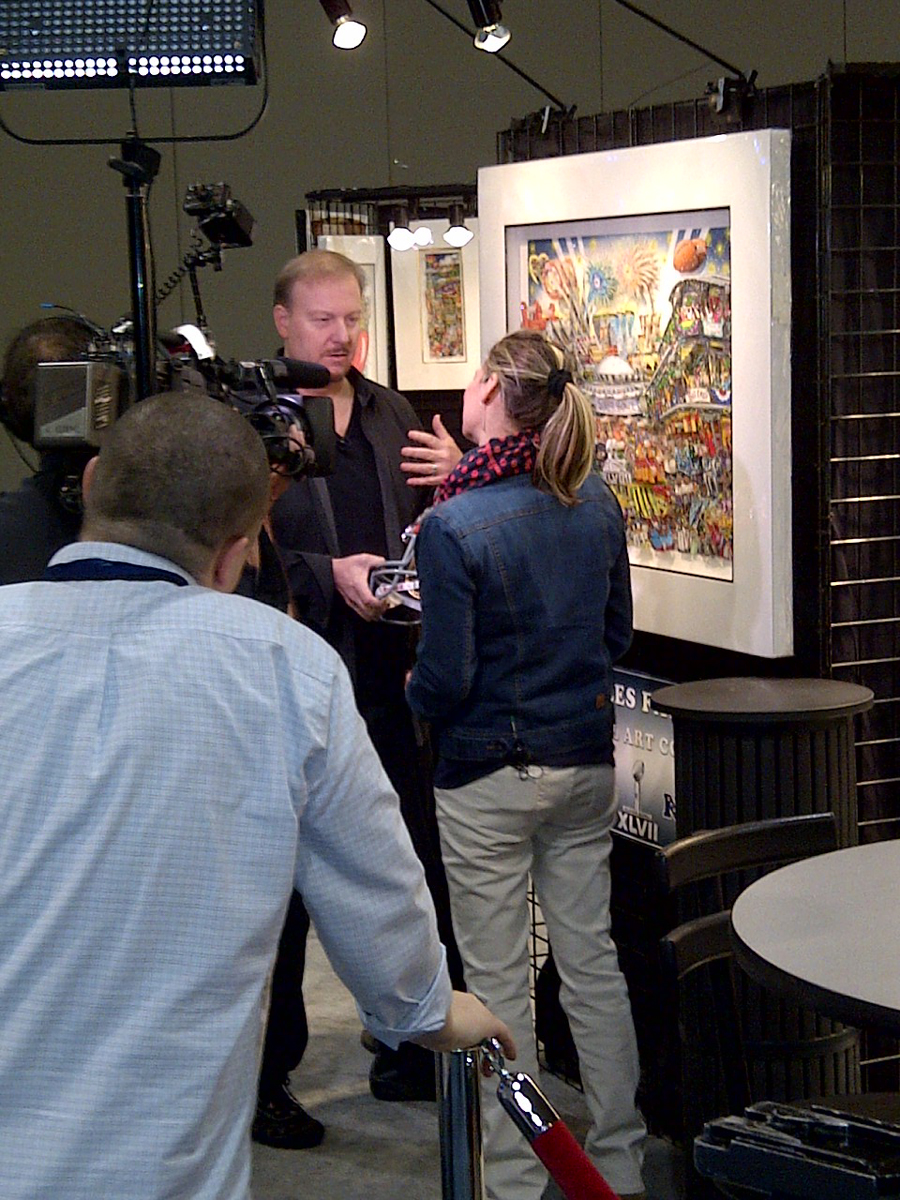 This entry was posted in Super Bowl Art