We had a very special guest in our studios earlier today: Oliver Tsai from South Williamsport High School. He was the Grand Prize Winner of the Lycoming County High School Art Contest which ran in conjunction with Charles Fazzino’s tenure as the official artist of the 75th Anniversary of Little League Baseball. Oliver was one of many participants in a program sponsored jointly by Little League Baseball, Penn College of Technology, and the First Community Foundation Partnership of Pennsylvania. Oliver spent about 3 hours touring the studio and getting a behind-the-scenes look at how Fazzino’s art is created and then shipped to art galleries all over the world. Charles Fazzino then hosted him, his art teacher, and a fellow student for lunch at Posto 22, a local New Rochelle favorite.

“Oliver is such a bright kid,” said Fazzino. “I enjoyed having him in the studio. It’s always encouraging to see students who are so interested in the arts. I enjoyed talking with him about the inspiration for his winning composition and his plans for college. He has some wonderful aspirations and I wish him all the success in the world.” 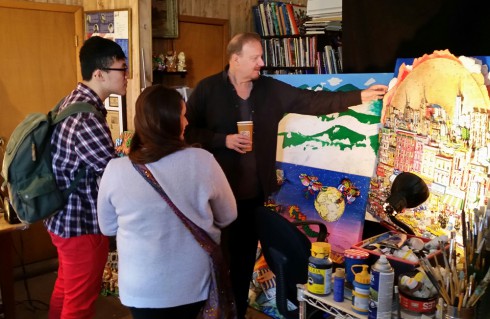 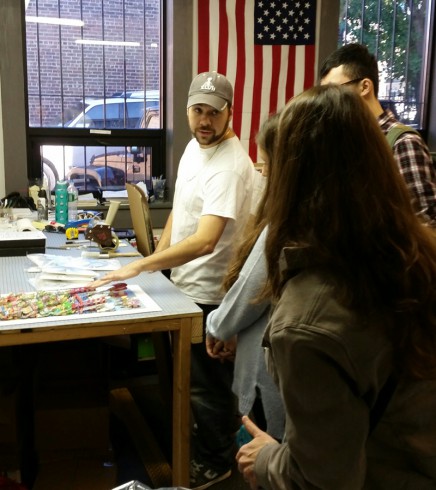 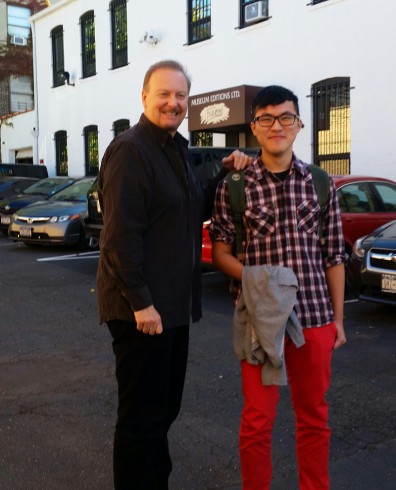