Fazzino Bids Farewell To ‘The Captain’ in Style

Charles Fazzino was on the field prior to the game between the NY Yankees and Tampa Bay Rays at Yankee Stadium on September 10th. No, he wasn’t taking batting practice….instead, he was presenting The Captain, Derek Jeter, with an artwork commemorating his amazing career with the team. “Derek Jeter is a cultural icon,” said Fazzino before the game. “It’s an honor for me to work with the Yankees to present him with a signature-style piece that hopefully he will cherish for years to come. He is a larger-than-life sports hero and I just hope I have done his accomplishments justice.” 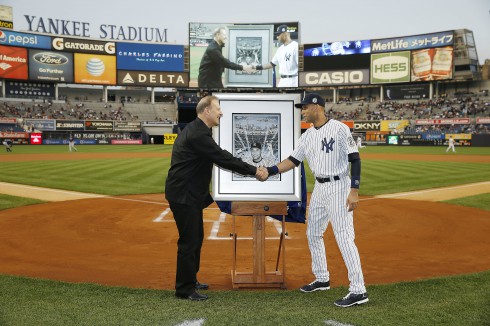 Fazzino appeared with Jeter during the pregame ceremony which was later broadcast by the YES Network during the ballgame. New York’s own Bruce Beck also visited Fazzino’s studios to see where the artwork was created prior to covering the unveiling on his NBC sportscast. 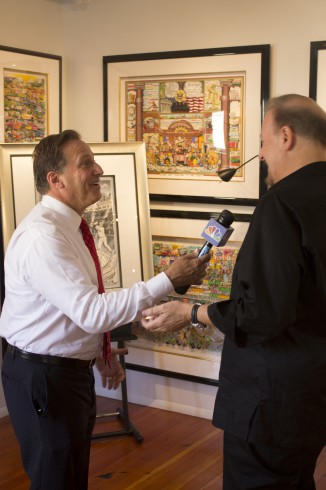 Derek Jeter has been a favorite subject for the Master of 3D Pop Art for years. Hand-painted baseballs, stadium seat backs, and 3D limited edition prints have highlighted the collection.