Jeter: An All-Star for All-Time Captured in Art Forever

One of the highlights of the 2014 MLB All-Star Game will certainly be the final appearance by New York Yankee Captain Derek Jeter. Charles Fazzino has celebrated the great shortstop’s career in a few different artistic forms, all of which will be on display at the T-Mobile All-Star Game Fanfest in Minnesota during All-Star week.

“Derek Jeter is the consummate baseball player,” said Fazzino. “I’ve always admired him and he’s one of the few players who transcends the game. He’s an icon and I have enjoyed watching him play and painting his achievements. I, like everyone else, will miss him.”

Fazzino has assembled a striking collection of hand-painted seat backs from the old Yankee Stadium (all numbered #2 of course) and baseballs all autographed by Derek Jeter. He’s also painted an original 3D canvas work to celebrate the Yankee legend’s incredible career. 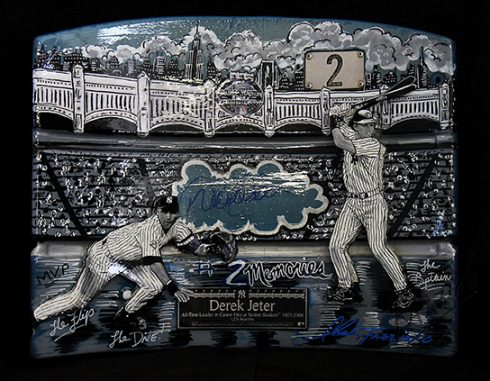 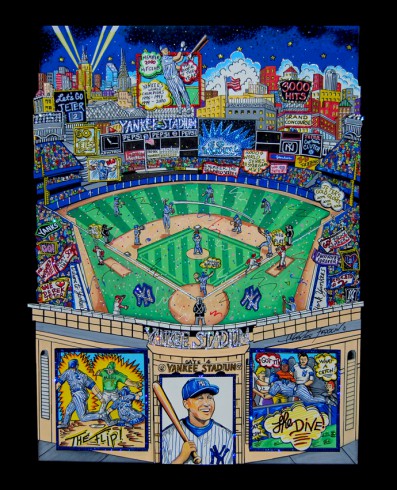 This entry was posted in baseball artwork Derek Jeter