As he has done for the last ten years, Charles Fazzino has put together an exceptional art collection for the 2014 Major League Baseball All-Star Game which will take place on Tuesday, July 15th a Target Field, home of the Minnesota Twins. It’s the first All-Star Game hosted by the Twins since 1985. The Major League Baseball T-Mobile All-Star Fanfest  will be held at the Minnesota Convention Center Friday, July 11th through Tuesday, July 15th . Fanfest is the largest baseball fan event in the world. Test your arm against the game’s greatest relievers, tour an authentic dugout, see all of the World Series rings, and more! And of course, make sure you check out the Charles Fazzino All-Star Game Art Collection.

Fazzino will be on hand each day of the event. He will meet and greet fans at his own exhibition throughout, and will appear at the following scheduled signings: 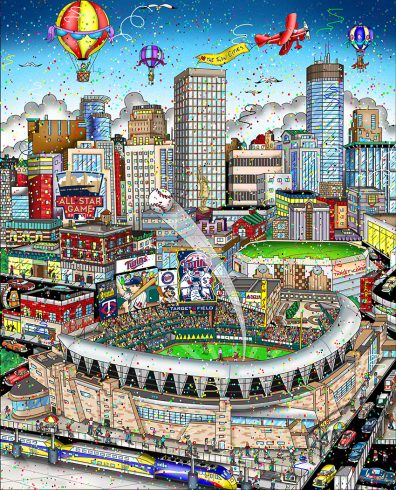 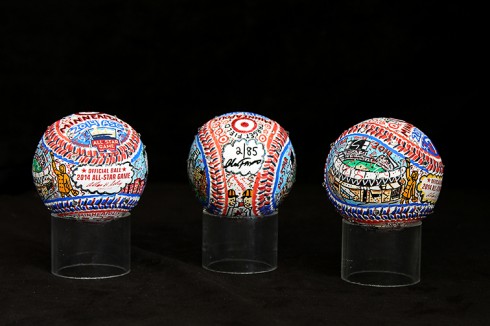