The New York Mets recently renamed the street in front of Citi Field to “41 Seaver Way” in honor of the legendary pitcher, Tom Seaver, who led them to the 1969 World Series Championship. Team owner, Jeff Wilpon, asked Charles Fazzino to create an original piece of artwork to present to the Seaver Family during the ceremony. The resulting work was unveiled in front of numerous baseball celebrities and local politicians and was presented by Wilpon to Tom Seaver’s two daughters, Anne and Sarah.

“Tom Terrific was the heart and soul of the NY Mets and I was honored to be asked by the team to commemorate his life and legacy for this very special ceremony,” said Charles Fazzino. “I really tried to capture the essence of the competitor and the man. He is a true hero, a larger-than-life figure, and a centerpiece of New York-culture. I hope all of that comes across in the artwork.”

Sarah and Annie Seaver accepted the artwork on behalf of their father, who due to suffering from severe dementia, was unable to attend the ceremony. The artwork will also be installed in the Mets Museum at Citi Field so the public can enjoy and appreciate it. It will also grace the program cover at all Mets home games for 3 months. 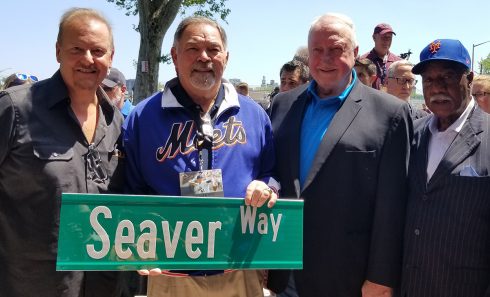 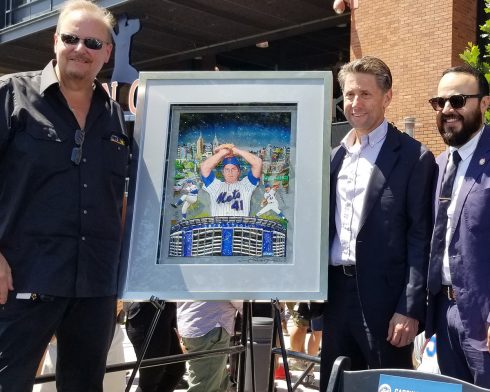 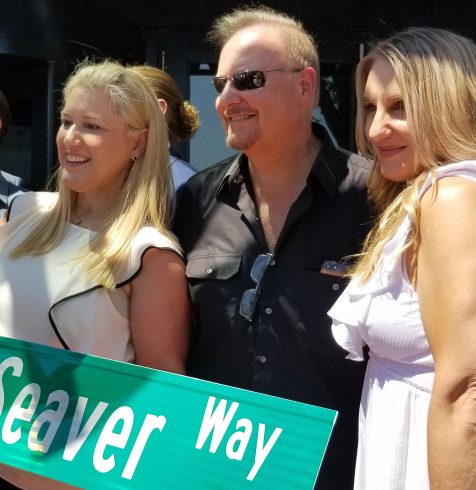 Check out the Baseball collection to see more NY Mets themed art as well as All-Star game and hand-painted equipment from Fazzino.