As he has done for the last eleven years, Charles Fazzino has put together an exceptional art collection for the 2015 Major League Baseball All-Star Game which will take place on Tuesday, July 14th at Great American Ballpark, home of the Cincinnati Reds. It’s the first All-Star Game hosted by the Reds since 1988. The Major League Baseball T-Mobile All-Star Fanfest will be held at the Duke Energy Convention Center, July 10th through Tuesday, July 14th . Fanfest is the largest baseball fan event in the world. Test your arm against the game’s greatest relievers, tour an authentic dugout, see all of the World Series rings, and more! And of course, make sure you check out the Charles Fazzino All-Star Game Art Collection.

Fazzino will be on hand each day of the event. He will meet and greet fans at his own exhibition throughout the five days. In addition, his artwork will be featured on one of the commemorative All-Star Game Program Covers and he will be autographing those for MLB throughout the event as well. 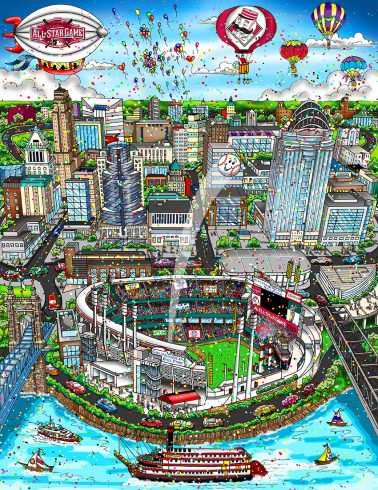 The new Fazzino Stadium Edition Pin Collection will also be available at FanFest and will include an official collectible for the All-Star Game, in addition to pins for the first four MLB Teams: Yankees, Cubs, Dodgers, and Giants. The remaining 26 teams will be rolled out over the course of the next year. 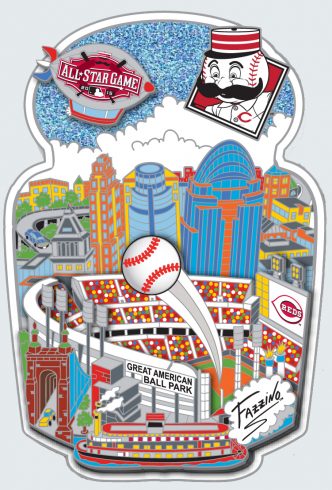 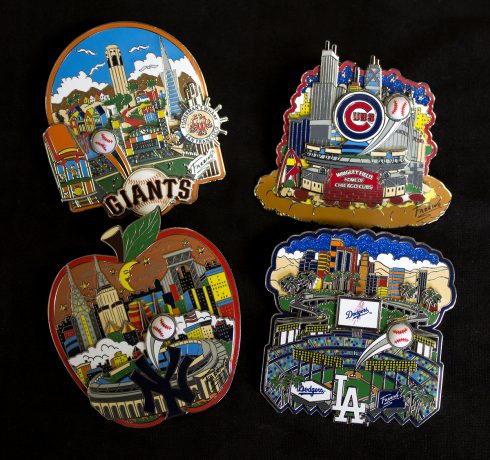 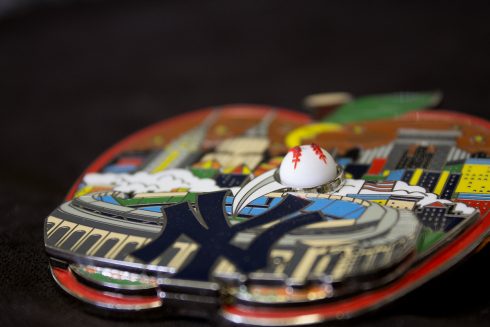 Make sure you tune in to our Facebook Fan Page starting tomorrow for our bi-weekly MLB All-Star Trivia Challenge. We’ll be giving away a bunch of All-Star Games posters between now and game day!

Check in with your favorite Fazzino Art Gallery or email us at info@fazzinocollectors.com for purchasing information.

We are also proud to announce that we will be partnering with United Way of Greater Cincinnati during the All-Star Game festivities as they celebrate their 100th anniversary. We will be donating a portion of our All-Star Game poster proceeds to this incredible organization.
This entry was posted in Baseball Art MLB All-Star Game