Have you seen this yet? i just learned about it and it’s one of the hottest trends out there. It’s called “Reverse Graffiti” and it’s graffiti art for the new millennium. Basically, instead of using paint to express themselves like traditional graffiti artists, reverse graffiti artists create their work using cleaning products to etch a design onto a dirty surface. In essence, they are “cleaning” the wall by selectively removing the dirt to leave an artistic image behind. Reverse graffiti’s roots lie in the UK where an artist named Paul Curtis (aka “Moose”) began the trend by creating murals all over the country.

It’s interesting to see how reverse graffiti artists have aligned themselves with the “Green Movement,” often pointing to their works as part of the overall beautification of an area. How you perceive their artwork is really a matter of opinion. The idea of reverse graffiti really challenges how we perceive traditional graffiti artists….law breakers and rebels. What does it say when your chosen medium is cleaning products? I’m not sure but in any case, i think it’s an ingenious idea and has resulted in some amazing work. Take a look at environmental graffiti’s selections for the 35 Greatest Works of Reverse Graffiti and you’ll see what i mean.

It’s ironic that this reverse graffiti has come to my attention now…especially because i am currently collaborating with some of the most famous graffiti artists in the world…The Tats Cru. Together, we are working on a 3D edition of art that pays tribute to New York City in the late 1970’s….the height of the graffiti art movement. These guys are so incredibly talented and i’m so looking forward to releasing this piece of art.  We will keep you posted on the progress. 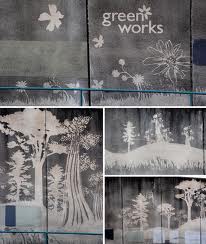 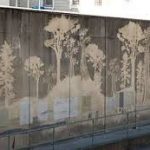 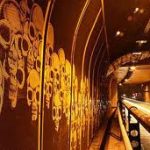 This entry was posted in Graffiti pop art