The Growing Trend of Arts Districts

There seems to be a dichotomy of purpose among our local politicians and institutions. While school and community art budgets continue to be slashed in the new year, there is groundswell of support throughout the country for the development of Downtown Arts Districts. We find this an interesting oxymoron. While we’ve focused repeatedly on the decimation of public arts budgets, we haven’t pointed out the potential upside as embodied by many of these arts districts. These movements give us hope and are a refreshing focus on the importance of the arts to our history, culture and economics.

In particular, we have been involved in an ongoing conversation in our hometown of New Rochelle, NY regarding the development of just such an arts district. The discussion has involved asking all of the BIG Ws (and an H): Where, Why, Who…and How?  And like everything put under the scrutiny of public opinion, the answers to the question are as infinite as there are people involved in the process. Should the district be located within one area of the city or spread out? Should the district focus on supporting up and coming artists with affordable housing or should it be focused on boosting the city economically with an elaborate commercial entity? Should the funds being allocated for the district even be used for this purpose? Do the arts only benefit the wealthy or do they benefit the city as a whole? And on and on and on…..the public meetings have been highly charged and well-attended, with both proponents and opponents loudly voicing their opinions. 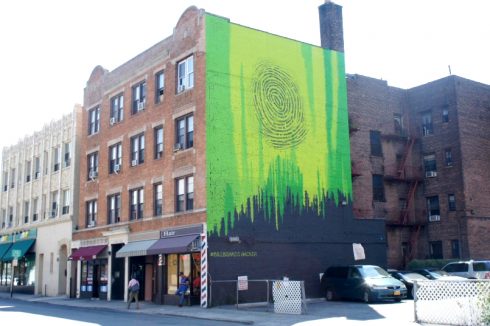 The reality is that in a world where resources will forever be limited, and both needs and opinions will forever be infinite, the debate about what to do with public funds will rage on. We are, in a way, just grateful that the arts are even still a part of the debate. In too many towns, the arts have been dismissed as “extra” and a “superfluous use of funds.” Tragic, really. Case in point: While New Rochelle was trying to figure out how to implement a new arts district, the Legislature of the County in which it resides (Westchester), was working on a new budget that initially proposed cutting more than $500 million in funds from the Arts. Luckily, in the end, the Legislature voted to restore most of that, but the point is once again the dichotomy of thinking about the arts…Are they a boon or are they a burden?

It’s simple really. The arts stimulate education, learning, and development at all levels. And they stimulate the economy and create jobs. For those of you who see things purely in dollars and cents, we put forth the figures recently cited by Janet Langsam, CEO of Arts Westchester. According to Langsam, “The not for profit arts sector in Westchester has a $156 million impact and has grown and fueled some 5,000 jobs. These jobs are in the not for profit arts sector, as well as in places like restaurants and bars where folks go before and after the concert. This is the cultural infrastructure that has been built in Westchester with seed money from the county.  This effort has yielded a 189% growth in economic impact over the twenty-year period between 1990 and 2010.”

But the need for the arts goes so far beyond economics. The need for the arts speaks to who we are as a people…a culture…a society. The arts make us think. The arts make us more creative problem solvers. The arts teach us perseverance and focus, and the value of collaboration and cooperation. The arts are what distinguish us as a species….they take us to higher levels of cognition and development. They make us unique and in that uniqueness lies the very essence of what it means to be human.

So, in the end, whatever form these arts districts begin to take, if they promote and facilitate art and culture…we applaud them. Nourish the arts and they will nourish us!