The airplane is the latest contribution by Charles Fazzino to an impressive collection of his works that decorate the terminal. The collection is highlighted by a custom-created, original, three-dimensional, 13-foot mural that greets travelers as they go down the escalator to collect their luggage. The Fazzino mural art installation was commissioned in 2010. The plane is the latest object converted into a 3D pop art sculpture by Charles Fazzino.
“I am grateful to American Airlines for giving me such an incredible outlet for my artwork,” said Fazzino from his New York pop art studio. “I’ve been working with them for several years to adorn Terminal 8 in artwork, giving travelers the opportunity to take in a little bit of culture on their way in and out of New York City. It’s been a welcome challenge for me and allowed me to really stretch my creative wings. I’m looking forward to seeing the airplane installed. It will be a proud moment for me. ” 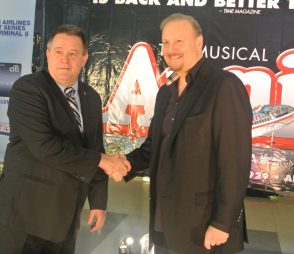 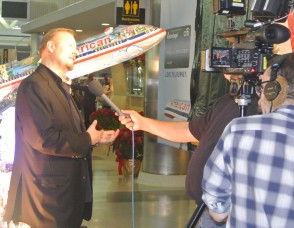 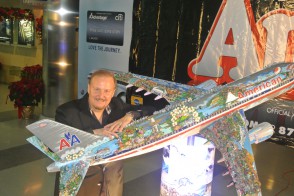