Have You Seen 3Doodler?

I recently heard an interview on the radio with the guys who invented the 3Doodler. Have you seen this thing? Once I heard about it on the radio, I HAD to check it out. It was hard to imagine from a radio interview. This thing is incredible. It’s actually  “pen” with which can “draw” 3D elements. It uses plastics and my understanding is that the resulting objects are permanent and stable. It’s quite amazing. It’s not intended to be a toy for kids (it gets VERY hot) but the possibilities for artists and creative people of all types are endless. Talk about 3D art!

The developers have raised enough money through a kickstarter campaign to actually begin production and take the 3Doodler to market. They expect to release it early next year, so stay tuned The future is upon us! 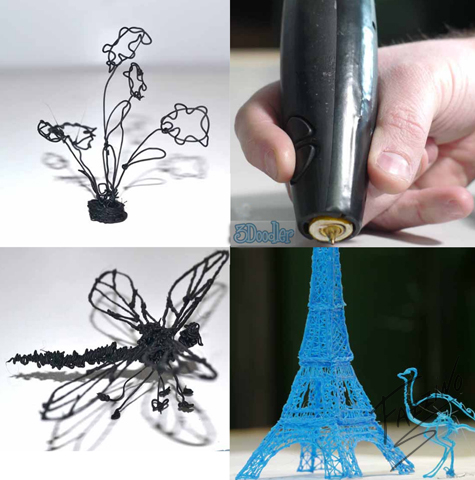