Save The Date!!!! Come Out & Meet 3D Pop Artist Charles Fazzino at Art One Gallery

New Rochelle, NY – Internationally acclaimed 3D Pop artist Charles Fazzino will be making his annual tour through California in early September, ending with an appearance at Art One Gallery in Santa Monica on Sunday, September 7th from 4:00pm – 8:00pm The event will feature the artist’s newest 3D fine art releases including “Let’s Go Fly a Kite…San Francisco,” “A Dose of Dental Hyjinx,” and “It’s a Small World Mural.” Charles Fazzino will be on hand to sign the new pieces, along with a selection of his other limited edition artworks.

“Let’s Go Fly a Kite…San Francisco” is the first full-sized release by Fazzino on the city of San Francisco since “That San Francisco Treat” was released in 2000. It is a wonderfully detailed and vibrant tribute to the fun and funky character of the city along with its great historical significance. 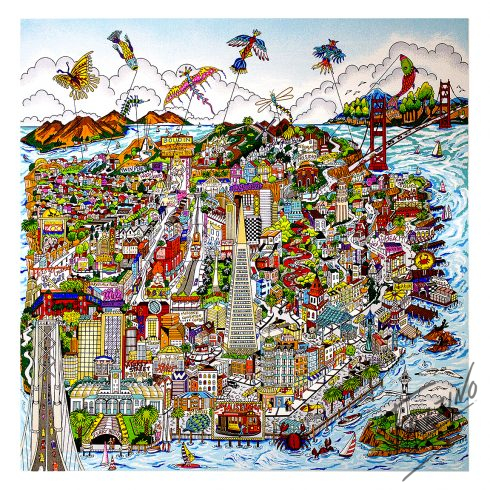 “It’s a Small World” is a fun and quintessential Fazzino limited edition, this mural captures the whole world in one full day, moving from night, to daytime and back. Many of the places depicted in the mural have received special Fazzino treatment and now they are all together in one wonderfully detailed and incredibly complex image.

WHEN: Sunday, September 7th from 4pm-8pm